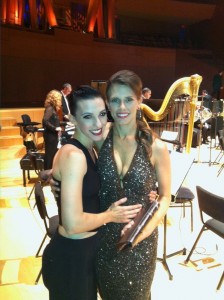 The West L.A.-based contemporary dance company, the labor of love of its co-directors Tina Berkett and Lillian Barbeito, has been on a steep upward climb into nosebleed territory — last season tromping the mighty floorboards of the Joyce Theater in Manhattan, next season booked at the Broad Stage in Santa Monica. There’s a booking, as well, at ODC in San Francisco looming for next year.

BODYTRAFFIC will appear at the Pillow’s second stage, the Doris Duke, a honey of a black-box theater, in a weekly performance cycle that starts on Wednesday evening and runs through Sunday matinee, a total of six performances. The Pillow draws an international audience of dance lovers who clamor to see the best of best, as curated by Executive and Artistic Director Ella Baff.

Says Baff, in an email: “I’m very pleased that the company is making its Pillow debut, especially since Tina performed with us some years ago with the then relatively unknown Aszure Barton company. I’m also pleased that we are presenting a company from LA — and that good work is coming over the mountain!”

“I performed at the Pillow, twice,” says Berkett. “When I started BODYTRAFFIC, I thought maybe one day we’ll get to the Pillow and I’ll know we’ll have made it. It’s always been my end-all-be-all dream for the company.”

Says Barbeito: “I was studying at the Boston Ballet one summer. We went to the Pillow to see Paul Taylor Dance Company. I was exposed to modern dance — I saw Esplanade, and that was it for me. To be going back there with BODYTRAFFIC is such a dream.”