Kyle Abraham makes it or breaks it 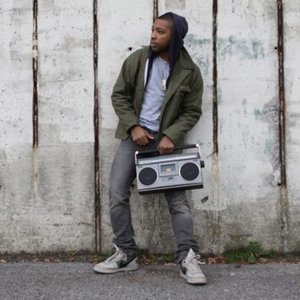 “I got really frustrated when a good song got ‘broken,'” says the soft-spoken young choreographer, Kyle Abraham, chatting over breakfast at Jacob’s Pillow this past weekend.

“I’d call the station many times to vote in support [of cutting-edge music the audience didn’t like.]”

The 32-year-old dance maker recreates a ‘thumbs-up-or-down’ call-in feature that was popular on Pittsburgh’s black radio station, WAMO, which went belly-up and off the air a year ago. The dance commemorates the loss of a central community meeting point on the airwaves.

[Like Abraham,  I grew up in Pittsburgh listening to the station’s soul-and-funk music format.]

The WAMO deejay would play a newly released song, and then egg on his audience: “Do you want to make that song … or break that song?” 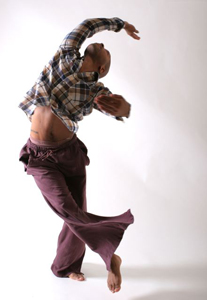 “One time, I did call in to ‘break’ a song. The deejay coached me before I went on the air. He told me to say, “I wanna break that jam thing!” Abraham remembers, gently laughing, clearly enjoying the absurd jargon.

In the dance piece, Abraham juxtaposes the sound of radio chatter with an evocation of his father’s growing social isolation as he suffers from Alzheimer’s disease. He indicates this by interrupting the flowing movement with a halt; in this way, Abraham explains, “I am thinking about the synapses in the brain.”

“I love music. I organize sound,” says the choreographer who grew up playing cello, French horn, violin, and piano. “I love mixing tapes for friends and I wonder if I could have been successful as a musician. I choreograph to show how much I love music.”