Jack Cole bangs the drum, but not slowly 1 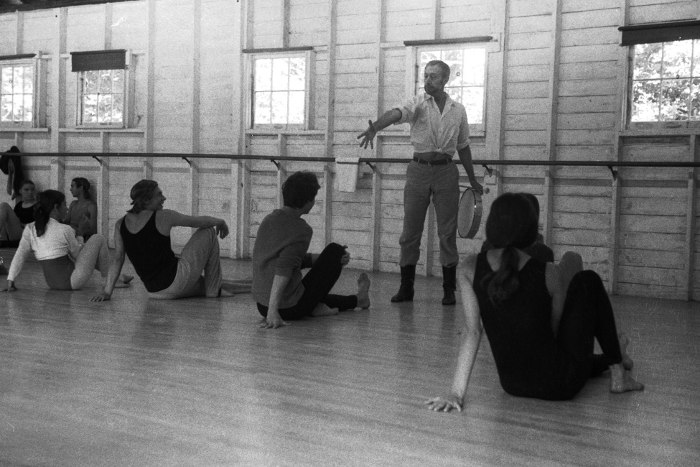 Norton Owen, Jacob Pillow‘s wonderful Preservation Director, gave kind permission to publish this extraordinary photo of Jack Cole teaching class at the rustic dance retreat in 1971.  (Click photo for detail.) A Jack Cole dancer, Rod Alexander, once described how the ferociously intense choreographer would give his drum as much of a beating as he gave his dancers:

He would often, when he was angry, beat the drum for class and call out the exercises or demonstrate. When things did not go well, he would beat the drum harder and harder until the soft end of the drumstick came off and flew through the air. Then he’d throw away the stick and beat time with his hand. Finally, he’d walk away in disgust.

Very few people, if any, were close enough to Cole to understand from whence his hot anger. One sad footnote: Jack Cole would die in 1974, three years after this photo was taken.

One comment on “Jack Cole bangs the drum, but not slowly”