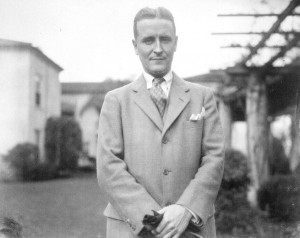 An unusual choice for the opening act of the Noir City film festival: The Great Gatsby (1949, Paramount) in a new 35 mm print. The festival, now on at the Egyptian Theatre, is co-produced by the Film Noir Foundation and the American Cinematheque.

F. Scott Fitzgerald’s great masterwork from 1925 is far from pulp fiction. But it taps themes of the American underbelly — the tug between money, social power, and love. Perfect fodder for dark cinematic treatment. 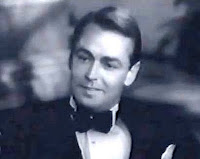 But the well-born Daisy Buchanan (Betty Field) is a good girl, not a femme fatale. Only at the film’s end when she sacrifices Gatsby, contributing to his death, do Daisy’s gangsta stripes emerge. Another of the novel’s elements that melds well with film noir is the pulpy portrayal of Myrtle Wilson, the tootsie girlfriend of Tom Buchanan. She’s played by Shelly Winters, who was born to play this role. Her aggrieved husband (Howard da Silva), seeking justice, shoots Ladd in the back in a swimming pool murder scene worthy of Sunset Boulevard.

Film noir experts Eddie Muller and Alan Rode, festival organizers, spoke prior to the screening. Said Rode: “Ten months ago, no one knew there was an Alan Ladd version of Gatsby. Some good people at Universal Pictures struck a new print in 35 mm, saying ‘Damn the rights!'”

Added Muller, “Alan Ladd is the perfect Jay Gatsby. This is a revelatory performance. Alan Ladd was instrumental in getting Gatsby made.”

In 1949, when the film was released, the great American novelist was not yet dead ten years (he perished in West Hollywood in 1940). Censorship issues hampered the film’s development process — not sex per se, but there was a general aversion to the novel’s loose jazz-age behavior. This seems ludicrous today. Many working in Hollywood in 1949 may have known Scott personally. So it’s interesting and sad (so much related to Fitzgerald is sad) that the film had such a tough time getting made.

Calling Ladd “somewhat of a forgotten actor,” Muller noted that, “Every fourth movie at Paramount in the 1940s starred Alan Ladd. He was a huge star,” adding, “There are not many blonde actors from this era.”

Ladd does indeed give off a fine blend of elegance, desire, Fitzgeraldean romanticism, and criminality as the bootlegger Gatsby.

Fun to see this in anticipation of Australian director Baz Luhrmann’s “Gatsby” starring Leonardo diCaprio to be released at year end. I find diCaprio such uninspired casting for the role. Ugh, we last saw him flopping around like a beached whale as J. Edgar Hoover. Jay Gatsby is such a beautiful role for a man, although Fitzgerald sketches him so minimally in the book. I’d like to see him as hounded, edgy, and messed up, like Robert Downey Jr. can be. Downey’s too old now, as is Christian Bale who could be a great Gatsby. Clooney could be good, but he too is too old. Redford wasn’t quite right either, his gorgeous patrician air belying Gatsby’s commoner roots. I did enjoy Alan Ladd’s portrayal, but he played against an ill-cast Daisy. Why can’t Hollywood get Fitzgerald right? It’s like a curse.