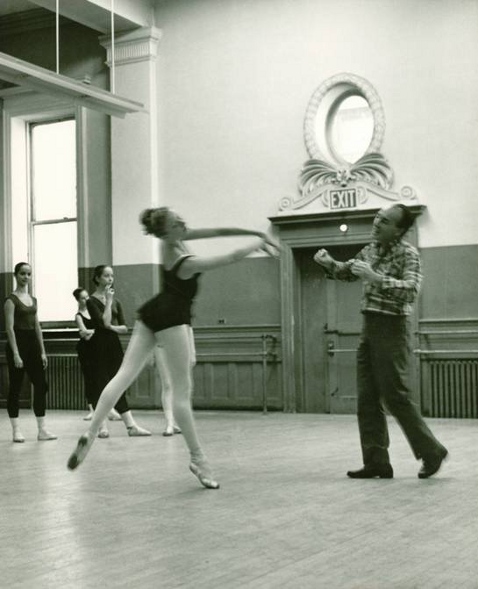 A relatively short torso astride a dauntingly long set of legs. A straight, strong, vertically held back. A house style of aggressive physical attack. All are in evidence in photos of Carol Sumner, a former soloist with New York City Ballet. She danced for Mr. Balanchine from 1958 to 1978, twenty years that she calls “the best of my life.”

Ms. Sumner was born in Brooklyn and began her professional ballet training in Manhattan with Eileen O’Connor on 56th Street. At age fourteen she auditioned for the School of American Ballet and was accepted. There she studied with Antonina Tumkovsky, Helene Dudin, Felia Doubrovska, Pierre Vladimiroff, Anatol Ouboukoff and Muriel Stuart. After three years of study, she was invited to join the New York City Ballet. The corps de ballets member was immediately given demi-solo and solo roles to dance. When the Company moved from City Center to its present home at Lincoln Center, she was promoted to soloist.

Ms. Sumner’s principal roles included, Balanchine’s Concerto Barocco, Divertimento No. 15, Agon, Western Symphony and The Nutcracker. She danced the role of Sacred Love in Frederick Ashton’s Illuminations and leading roles in Todd Bolender’s Souvenirs and Jerome Robbins’ Fanfare. Balanchine fashioned solo roles for her in Raymonda Variations, Harlequinade, Donizetti Variations, Coppelia, Clarinade, Diamonds (in the ballet Jewels), Don Quixote (divertissement), and Pulcinella, in which she was partnered by Edward Villella.

I’m pleased to have Carol Sumner as my friend on Facebook and she allowed me to publish these marvelous photos.

One comment on “What makes a Balanchine ballerina? Meet Carol Sumner.”