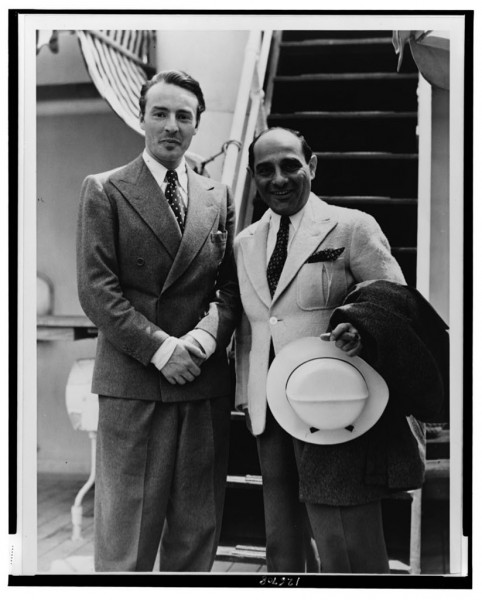 Chatting by phone with George Balanchine’s longtime assistant, Barbara Horgan, I learned an amusing story about the great expatriate choreographer.

“Balanchine was rather reserved,” noted Horgan. “But he adored Lorenz Hart [the brilliant but troubled lyricist of Rodgers & Hart songwriting team].

“Balanchine always used to say that ‘Larry taught me how to speak English.'”

That means Balanchine was learning this:

Thou swell, thou witty, thou sweet, thou grand
Wouldst kiss me pretty? Wouldst hold my hand?
Both thine eyes are cute too, what they do to me
Hear me holler, I choose a sweet lollapaloosa in thee
I’d feel so rich in a hut for two
Two rooms and kitchen I’m sure would do
Give me just a plot of, not a lot of land
And thou swell, thou witty, thou grand

The great Carmen McRae kicks it in “Thou Swell” here.

Returning home from New York City Ballet’s first tour of Russia [1962], said Horgan, Balanchine “was exhausted. But he invited me and my parents for Sunday night dinner. He made blini. He was still with Tanny [Tanquil laClercq, Balanchine’s fourth wife].

“[That Sunday] the Daily News came out with a list of America’s favorite songs.

“After dinner, we sang every single solitary song. On the Rodgers and Hart, he ran to the piano and sang the lyrics of the verse with no accent.

“He had great admiration for him [Balanchine for Hart]. He went to Europe with him and got him out of brawls, when Hart would pick up sailors and get beat up.”

[Click on the precious photo above and scroll to enjoy it.]

“I’m thinking that because of Larry Hart, Balanchine may have been in the company of Jack Cole,” said Horgan.

Earlier in the conversation, Horgan had dropped the bomb: She told me: “Balanchine admired Jack Cole.”

More on that later … after I pick myself up off the floor.

Meanwhile, from New York City Ballet‘s entry for “On Your Toes” 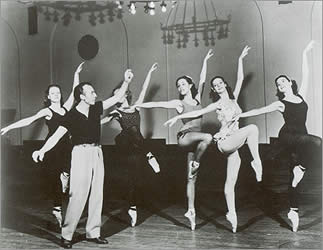 “Balanchine originally choreographed Slaughter on Tenth Avenue in 1936 for the musical On Your Toes, in which Ray Bolger played The Hoofer and Tamara Geva [Balanchine wife #1] portrayed The Stripper. On Your Toes was the first of four Rodgers and Hart musicals choreographed by Balanchine. It was followed by “Babes in Arms,” “I Married an Angel,” and ” The Boys from Syracuse.””

Lyric: thank you, the peaches.com