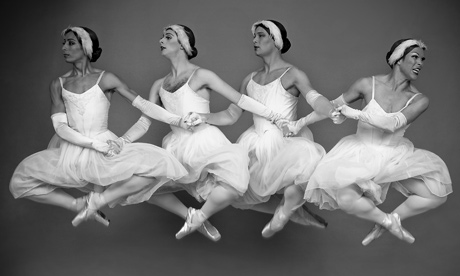 Dame Kiri Te Kanawa, Marvin Hamlisch, Shirley Maclaine, Joan Rivers, kindly step aside. Proud though you may be to partake in the opening season roster of the brand new Valley Performing Arts Center (VPAC), look who’s the first to sell out the 1,700-seat house on February 8.

Um, what’s that? Not the Kirov — now reverted to its pre-Soviet name, the Mariinsky. Nor the Bolshoi, whose superstar ballerinas recently sizzled in “Reflections” at Orange County’s Segerstrom Center for the Arts.

No… it’s the Russian National, a Moscow-based group formed in the mid-1980s with an archly conservative “all-classics” repertoire. Foremost among which, “Swan Lake.” As the Russians launch a four-month U.S. tour, I sense the presence of an arm-flapping “Black Swan” …  and a smart booking agent.

They should make Darren Aronofsky attend. Tie him in his seat! No, let me do it.

We recently learned that “Black Swan” mania is so extreme, the box office of the Royal Ballet in London got numerous calls inquiring when Natalie Portman would be dancing Odette/Odile. The Telegraph reports that “”Black Swan” is “bloody good for box office” at Covent Garden.