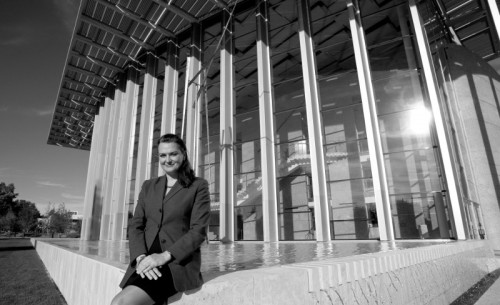 This proud photo shows architect Kara Hill posing with her spanking-new creation, the Valley Performing Arts Center, which opened Saturday January 29, 2011, in the northern reaches of Los Angeles’s 500-square-mile radius. The Center sits on the south-east corner of the campus of California State University, Northridge, in the San Fernando Valley, the site of the infamous earthquake in 1994. 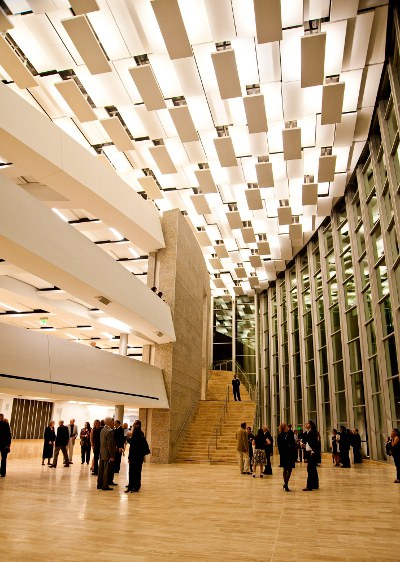 Hill received her early education in Rome, France, and Egypt. She earned her undergraduate degree from Barnard College, and a PhD in architectural history, theory and criticism at MIT. She’s taught art and architecture at MIT, Harvard, and University of Minnesota. Hill was lead architect for Minneapolis-based Hammel, Green, and Abrahamson when the firm won the bid for the VPAC project. When she left the firm, she remained lead architect for the LEED-certified (green) building.

Ms. Hill collaborated successfully with two other accomplished women over the $125 million project’s ten-year development: Jolene Koester, President of California State University, Northridge, who has been the project’s passionate advocate and driver, as well as the gifted landscape architect, Pamela Burton.