Polina Semionova, one of seven powerful female dancers of “Reflections” 1 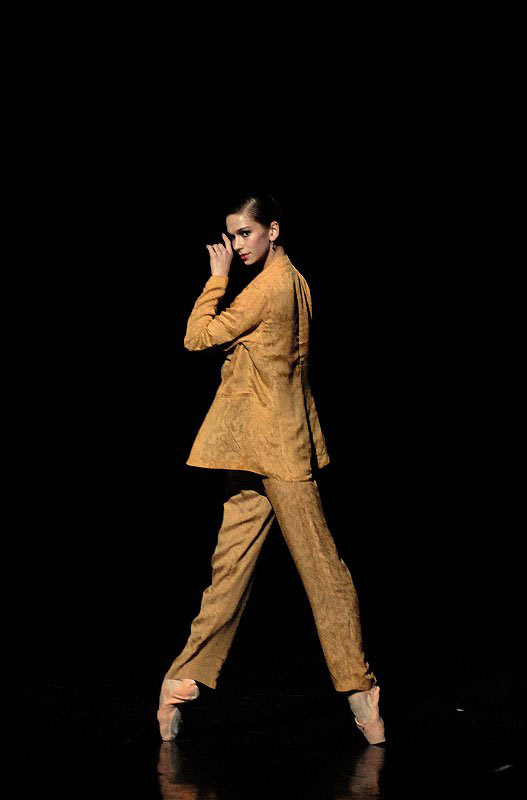 Just back from “Reflections” at Orange County’s Segerstrom Center, a beautifully performed showcase for the spectacular skills of seven Bolshoi Academy-trained ballerinas and four of their male counterparts.

Lots of vibrant creativity on display here — in a regrettably overly long program. (I never thought I’d write the words, ‘Cut the Balanchine,’ but here they are.)

The main event was the program-closer, Italian dance maker Mauro Bigonzetti’s smart looking, gorgeously shaped “Cinque,” for five women, set to Vivaldi. The classical techno-wizards, first in a comic line-up using chairs, then in a series of solo outings, marched on pointe shoe and twisting body through Bigonzetti’s witty thicket with obvious relish. The heady Baroque score — a dozen snippets from Vivaldi concerti performed live — warmed the house with echoing mandolin and clarion vocal soloist. (“I like big music,” Bigonzetti told me when I met him last August.)

In a delicious interlude, the “Cinque” ladies changed costume on stage. Natalia Osipova’s dresser lacing her into a high-tech tutu resembling a recycled Pirelli tire is a sight you won’t often witness.

“Cinque”‘s goofy humor was set up by a charming Bigonzetti pas de deux in which Ivan Vasiliev, dressed as an Italian peasant, dragged his real-life girlfriend, the Great Osipova, around the village square. What a joy!

In the solo outings forming the program’s core, each ballerina was a sensation, but one particularly excelled: the stunning, lanky brunette Polina Semionova of Berlin Staatsoper Ballet. Garbed in a chic gold pantsuit for “Strauss Incontra Verdi” (choreography and costume by Renato Zanella), her quiet command over a rapt audience defined the power of the modern, liberated ballerina.

Semionova is divine; a womanly creature, she’s got a long back, longer limbs, and bogglingly beautiful feet. A revelation to be in the same room with her.

One comment on “Polina Semionova, one of seven powerful female dancers of “Reflections””