OCPAC reborn as Segerstrom Center for the Arts 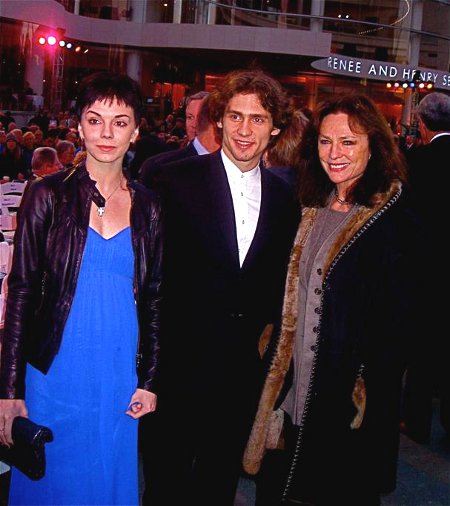 The erstwhile Orange County Performing Arts Center — Costa Mesa, California’s artistic mecca worthy of the 1.5- hour caravan southward from Los Angeles — entered a new era yesterday. In a burst of fireworks — $100,000 worth it is rumored — the center honored its founding patron Henry Segerstrom in a special way.

Dropping its ‘public’ association, OCPAC became Segerstrom Center for the Arts. So much for anonymous giving. And fare-thee-well to OCPAC, you unpronounceable acronym!

This triumph of privatization in the art world (for 25 years no public funds have gone to the center’s development or maintenance) is a point of pride in Orange County.

The cluster of fine-arts fiefdoms including

sits across the road from South Coast Plaza, the 87-year-old property developer’s luxury shopping mall, and the source of his fabulous wealth.

Honoring the elderly but still vital Segerstrom was former governor Arnold Schwarzenegger, also a beneficiary of the real estate magnate’s largesse. After talking mostly about his motorcycle, the cowboy-booted and native Austrian ex-governator noted that, in his view, Segerstrom’s new $200 million concert hall outranks Vienna’s Musikverein. That comment whizzed by the gathering of Orange County-ites faster than a speeding Harley Davidson.

Attending the ceremony, to which the public was invited, and a VIP after-party, to which it was not, was the eternally gorgeous Jacqueline Bisset, shown here with Bolshoi Ballet superstars Natalia Osipova and Ivan Vasiliev. The Russians form an adorable couple in real life and a fearsome duo on stage.