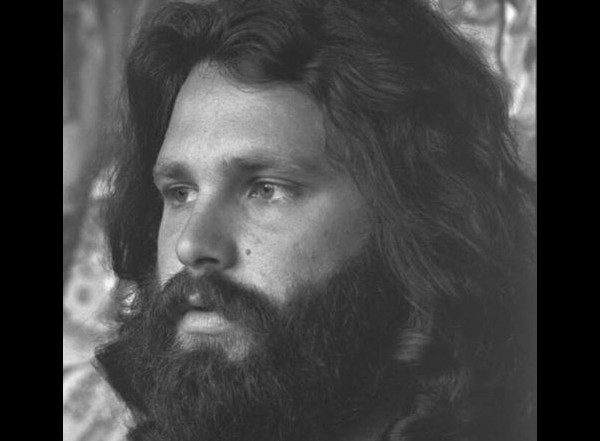 London transplant Sally Stevens had never heard of The Lizard King when she took a waitress job at Thee Experience that summer. She had come to Hollywood to find work in the music industry and hoped the club would be her entrée. Brevetz showed her Morrison’s photo, and told her to be on the lookout for him.

As a favor one night, Stevens filled in for a waitress whose little boy was sick. Delaney & Bonnie and Friends were the marquee attractions that Memorial Day weekend; drop-ins included Hendrix, Zappa, Steve Stills and Dave Mason. Stevens navigated past the bleachers with extra caution, as a loud group of drinkers were veering out of control. One bearded drunk kept moving his chair further into the aisle, complicating her movement. When her path was blocked entirely, she turned to retreat down the aisle. Her hair was grabbed from the back and Stevens was pulled violently down backwards onto the bearded bear’s lap, where he yelled, “Get me a beer, bitch!!” Shocked but thinking quickly, she jumped up and kicked her drunken assailant and his chair over. Then she crashed her tray on his nose for good measure.

She stormed into the kitchen and furiously slammed down her tray. Livid with rage, Stevens could take no more that night and she flung open the back door on her way to the tiny parking lot behind the club.

The next day she was informed that she was fired. She also learned for the first time that her shrouded antagonist was Jim Morrison.

Robert Hawkins was the doorman that night, and in 2009, he said of Jim: “He did that more than once,” adding, “and he only did it with girls. No one was shocked, no matter what he did. We were called to take care of unruly people but not a Jim Morrison. He and all the other stars that came in had free reign; they did whatever they wanted. It didn’t matter to Marshall. He kowtowed to all the stars.”

After her firing, Stevens found it hard to get a job, and she thought that Morrison had a hand in her difficulties. After six months, she ran into Doors producer Paul Rothschild at the Troubadour. He offered her a position at Elektra Records, assisting office manager Susan Helms. 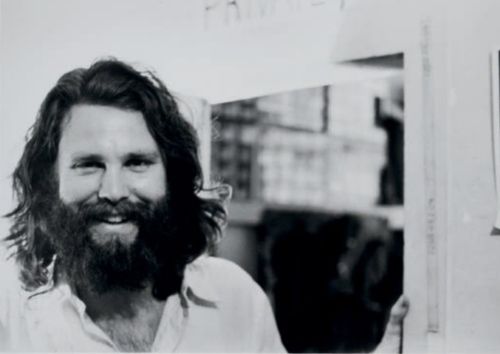 One day at the switchboard, the night line connected to the studios lit up. When Sally answered, ‘Good afternoon, Elektra Records…’ a voice on the other end asked for her. When it identified itself as Jim Morrison, she thought it was a prank and promptly hung up. But the line rang back with the same plea: Jim Morrison to speak with Sally Stevens. When she asked for some personal information to verify, he said softly: “I got you fired at Thee Experience.” Contrite and sober, Jim said he’d been trying to find her for six months to apologize.

Stevens read him the riot act, but Morrison took his medicine. He was in a thoughtful mode, and they wound up spending an hour on the phone together. He would subsequently check in with her every few weeks to chat and they developed a casual phone relationship. Morrison knew he could get a straight answer from Sally if he was unsure about an aspect of his life and career. She recognized his intellect—head-and-shoulders over the average rocker–and told him that he was getting a little old for some of the rock star shenanigans he’d been indulging in. He agreed it was time for a change, and the subject of Paris came up.

On July 5, 1971, when the Telex communique came to the Elektra office that reported Jim Morrison’s death, Sally Stevens was the first to see it.