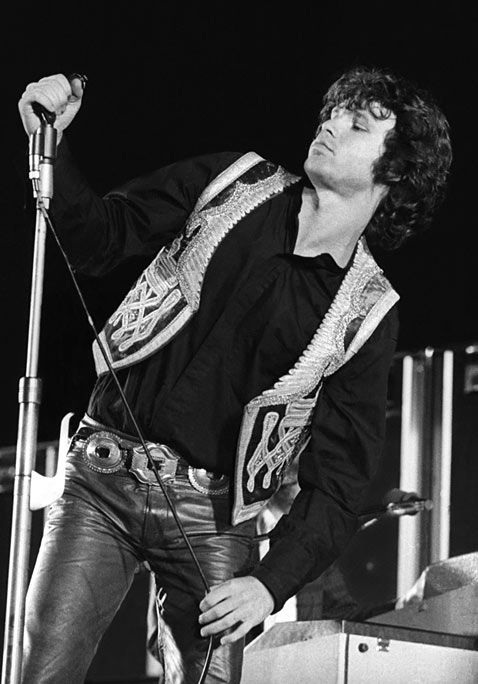 After the Doors had tasted success, Hollywood was Jim Morrison’s playground. The Whisky a Go Go in West Hollywood, which launched the band, showcased all the important groups with label backing. After the Doors had outgrown clubs, Morrison had carte blanche at the Whisky; his star cachet was his gold card. Occasionally he’d perform, but most of the time he just got drunk and abused the people around him.

In 1969, he was one of the notables who might be glimpsed at Thee Experience, the last psychedelic rock club in Hollywood. Situated farther east than the fabled Sunset Strip, at the shabby corner of Sunset Boulevard at Sierra Bonita Avenue, its brief life fit neatly within the year 1969. From March to December the club booked second-drawer bands, though some were memorable: Flying Burrito Brothers, Alice Cooper, Poco, Buddy Miles Express, Blues Image, T-Rex and the Bonzo Dog Band. John Lee Hooker, Bo Diddley, Albert Collins, Big Mama Thornton and Slim Harpo gave a blues profile to Thee Experience that was unique to Hollywood.

But the bands were almost superfluous. What drew people to the club were the superstars who came to jam and party. Led Zeppelin, Jimi Hendrix, Jagger and Richards, Janis Joplin, Spencer Davis, Carlos Santana, Frank Zappa, Jorma and Jack of the Jefferson Airplane, Jerry Garcia, Captain Beefheart, and Booker T were just some of the rock royalty who dropped in. English musicians, in particular, loved the place: English breakfasts were served to them in the wee hours when the doors were closed.

Marshall Brevetz was the heart and soul of Thee Experience. The 29-year old ex-Marine had been Miami’s biggest rock impresario, where he helmed Thee Club and the Miami Pop Festival. Looking like a pot-bellied Larry of the Three-Stooges, Brevetz kept the club alive through wheeling and dealing. He catered to the whims of his star clientele, hoping that it would eventually boost his bottom line. It never did.

Customarily clad in Bermuda shorts, Brevetz was a soft touch for the many runaways who gravitated to Thee Experience. On the run from the law, the draft, and their families—they were lost indigents and lost millionaires.

His wife Marsha ran the kitchen, concocting delicacies like banana splits and hamburgers. A classic earth mother, she would console a drunken Morrison when he’d wallow in the melancholy of familial strife back in Florida. At the Whisky, he had to be stoned or drunk to perform. At Thee Experience, he grooved on Marsha’s nurture, the displaced Florida vibe around the club, and her French toast.

Though Morrison occasionally sat in at Thee Experience—like with future WAR harmonica ace Lee Oskar and Blues Image drummer Joe Lala—he usually went there to carouse. To his credit, Morrison always paid his bill at the club, unlike most of the gold-plated guests.