The gorgeous sound of Godard’s ‘Goodbye to Language’ 1 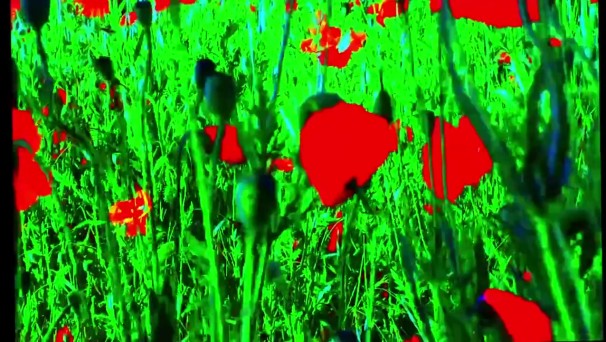 The handwritten scrawl below comes from the pen of cinéaste-provocateur Jean-Luc Godard. The influential director, still working in his eighties, shares the scenario for his startling new film, “Goodbye to Language” (“Adieu au langage”), now in an exclusive run at the American Cinematheque’s Aero Theatre through much of next week. 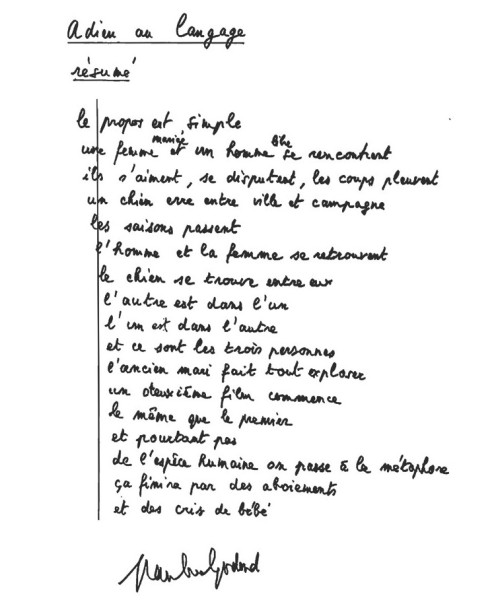 Godard’s 43rd film, a ravishing visual tone-poem, a must-see, has as its anxious aural undercurrent a repeating sound bite, the growling and ominous first chords of the slow movement of Beethoven’s Seventh symphony. The film also quotes from Sibelius and more.

Not only music, but the crystalline sound of spoken word contributes to the film’s layered, sensual pleasures … the sing-song beauty of French language providing its unique luster. This in a film called “Goodbye to Language,” a rather ironic title coming from one of the twentieth century’s most powerful manipulators of image.

The idea is simple:
A married woman and a single man meet.
They love, they argue, fists fly,
A dog strays between town and country.
The seasons pass.
The man and woman meet again.
The dog finds itself between them.
The other is in one
the one is in the other
and they are three.
The former husband shatters everything.
A second film begins:
The same as the first,
And yet not.
From the human race we pass to metaphor.
This ends in barking
And a baby’s cries.

Highly recommended. Must viewing. In 3-D.