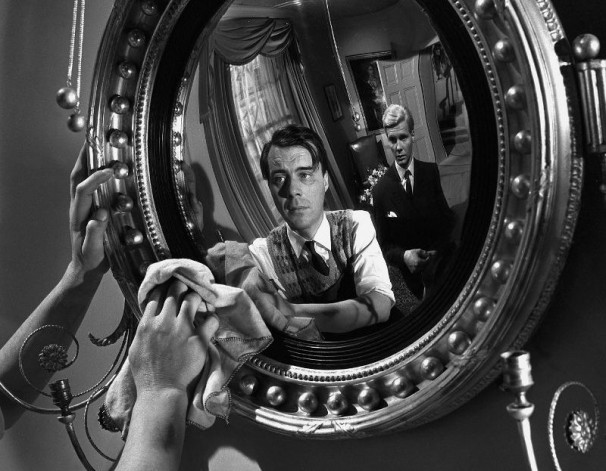 At the center of Harold Pinter and Joseph Losey’s “The Servant” (opening Friday at Laemmle’s Royal) is how wonderful—no, how scrumptious—it is to watch James Fox’s sniveling, weakling upper-class gent brought down and subverted by Dirk Bogarde’s all-seeing, smirking house servant.

Pinter’s name precedes Losey’s in the first sentence for a few reasons. One has to do with the film’s distinctly British relishing of the comeuppance of the ruling class (embodied in Fox’s Tony), something the Briton, Pinter, certainly lent the American Losey a greater understanding of in this first of their three inspired collaborations (“The Go-Between” and “Accident” followed) and the most thoroughly realized films Losey directed in the British half of his complex career. 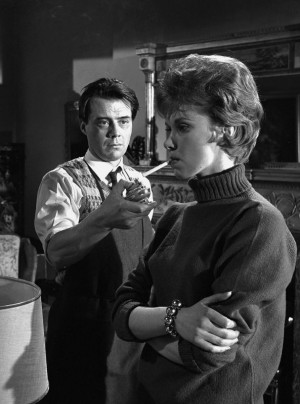 Pinter, however, overshadows all. Fifty years on, Losey’s name is in need of revival (his remake of “M,” set in the old Bunker Hill neighborhood, surpasses Fritz Lang’s original), but Pinter’s is great enough to have long ago been extended to an adjective: Pinteresque. 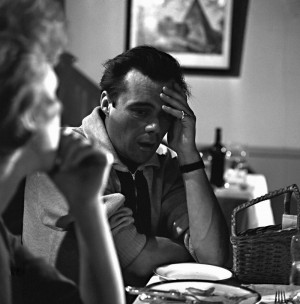 Viewed in the light of his plays, with which it shares more than his screenplays for cinema, “The Servant” is one of Pinter’s great comedies of menace (“The Caretaker,” “The Birthday Party”), where an outside intruder disturbs the seeming calm of private lives, and class structures are overturned. Pinter adapted Robin (son of Somerset) Maugham’s novella of the same time, and made it entirely his own. He also appears in a cameo, Hitchcock-style, in an eccentric mid-point restaurant sequence featuring the great, late Patrick Magee, and which Pinter wrote literally overnight during production.

The restored digital print, handled by revival specialist distributor Rialto Pictures (on a roll this year with stunning revivals of Godard’s “Le petit soldat” and “The Hitchcock 9” package of Hitchcock silent features), gets Slocombe’s black-and-white images as close to a celluloid feel as I’ve seen in any digital restoration to date. 35mm is better, but this is awfully damn close.

One comment on “Koehler on Cinema: When Losey Went Pinteresque”