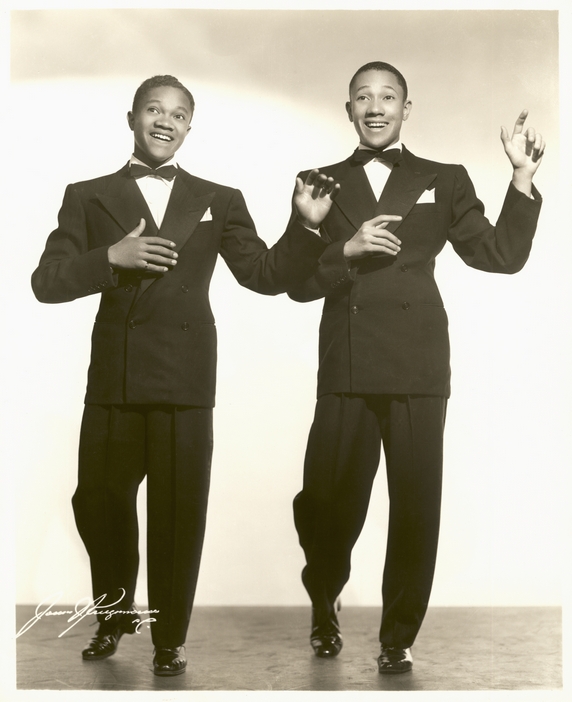 Joy to the world, the place to be at 4:30 this afternoon was the balcony of the Egyptian Theater, a spot that offered prime viewing, on opening day of CINECON Classic Film Festival, of DOWN ARGENTINE WAY (1940). The über-fun Betty Grable/Don Ameche technicolor south-of-the-border extravaganza from 20th Century-Fox was Grable’s first headlining role at Fox.

Film features not only Carmen Miranda shaking her turbaned head like a marimba, but also this miraculous dance number by the peerless Nicholas Brothers.

The son of Fayard Nicholas, Tony Nicholas, a super nice guy who is extremely devoted to his dad and uncle, was on hand to introduce the movie. 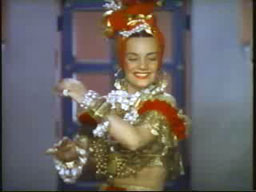 Nicholas continued: “But Darryl Zanuck [studio boss at Fox] said, ‘We’re going to send the entire movie [“Down Argentine Way”] to the South’ which they did. The reaction to the dance scene (which is phenomenal) was so great; they were stomping and cheering; so they stopped the projection, rewound the film, and played it again.”

Zanuck signed the Nicholas Brothers to a six-picture deal at Fox. Despite being engaged as talent, the brothers encountered extreme prejudice — even at the Fox commissary. Zanuck intervened when the Brothers were shown the back door, and hosted them at his private table.

“I traveled with my father to Europe and we met the Queen,” said Tony Nicholas. “In Rome, we had a private session with the Pope.

“They were great entertainers.” 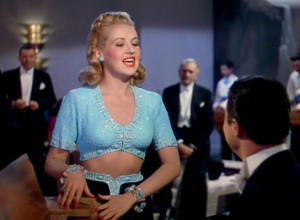 “Argentine Way” a film of marvelous fun studded with funny ethnic humor and good comic writing. Betty Grable, as usual, allures, all the more so for being dressed by the great Travis Banton.

It’s well known that Grable was a horsetrack habitue, as was Darryl Zanuck; so this flick, which swaps between good-looking people and good-looking horses, clearly had an easy time getting made.

One comment on “Nicholas Brothers ballistic on silver screen”