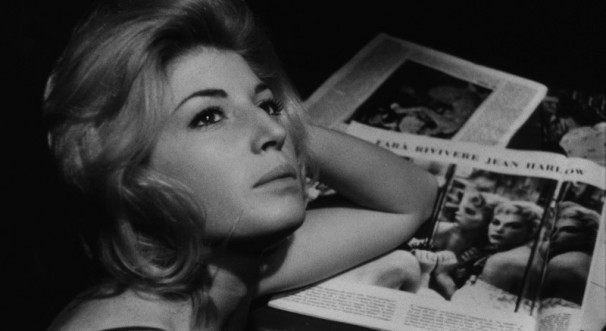 When asked last year by Sight & Sound magazine, the venerable film journal of the British Film Institute that publishes a once-per-decade list of the best films of all time (from polls of critics, filmmakers, scholars and programmers), to contribute my own list, it was a struggle.

Where to place one of the Anthony Mann/James Stewart westerns that — years before John Ford’s “The Searchers” — altered Hollywood on many levels, and more trickily, which one? (The final pick: “Winchester ‘73”.) Which key film to list by key directors Jean Vigo, Buster Keaton, Raoul Walsh, Hou Hsiao-hsien? Could masters like Ozu Yasujiro, Jean Renoir, Carl Theodor Dreyer, Sergei Eisenstein, Charlie Chaplin possibly be left off? (Amazingly, in the end, he was.) 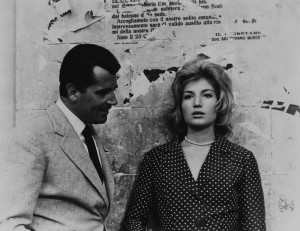 But the top two slots were a no-brainer, as was the director of both: Michelangelo Antonioni. It was just a matter of which order: “L’avventura” first and “L’eclisse” second, or the other way around? Both films, the first made in the 1959-1960 period and premiered at the 1960 edition of Cannes, the second shot and premiered in 1961, are in some ways of a piece. Both co-star the glorious, impulsively intelligent and erotic Monica Vitti playing modern Roman women who drift into affairs with attractive yet ultimately hollow men (Gabriele Ferzetti in “L’avventura,” Alain Delon in “L’eclisse”). Both radically alter the contours of the conventional narrative feature by expanding the possibilities of the “open film,” in which the flux of constant change is ever-present, a current of uncertainty expressed in every aspect, including the films’ views of bodies and landscapes. 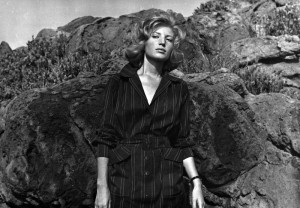 Finally, partly because it marked Antonioni’s leap into something new and unprecedented, the #1 pick went to “L’avventura.” It can be seen on Criterion’s exquisitely designed two-disc DVD/Blu-ray edition, but — especially if you’ve never seen Antonioni’s masterpiece on film — this week’s run of a restored 35mm print at Cinefamily should be an essential date in the calendar, marked in red with bold underlines and exclamation points. Simply  put, no real diet of cinema can exclude “L’avventura,” and particularly “L’avventura” on 35mm.

This print has been made from a negative housed in the Cinecitta vaults and restored by a consortium in Italy of Cinematographique Lyre, Mediaset, Compass Film and the Centro Sperimentale di Cinematografia—the only film school Antonioni ever attended, and which he promptly left in short order.

Though the prints that have been screened in Los Angeles in recent years (most prominently at LACMA, including a comprehensive touring Antonioni retrospective) have been excellent, the new print is the first one that’s been domestically available and accessible in over a decade, according to Janus Films (the parent company of Criterion).

What’s especially notable is that Janus is distributing “L’avventura” as if it were a new film, including such elements as publicity, press screenings, ads, and so on, and that the national release isn’t in the digital format of almost all theatrically released restored classics, but on film. 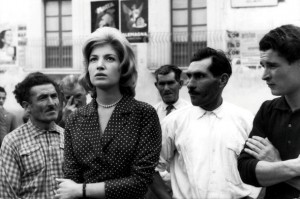 t’ll be interesting to see the response of younger audiences to the film-as-film experience of “L’avventura” on the big screen—the film’s insistence on the power of a slowed-down tempo, the underlying tensions forming from that which is unspoken, the force of empty space and fractured compositions, its adherence to a cinema that represents the polar opposite of Hollywood values, its interest not in characters’ knowledge of their desires but in their not knowing, the visual and sonic expression of existential drift. While all of this runs so counter to what dominates the movies on all platforms today, there’s a young base of fans around the world for the films of Apichatpong Weerasethakul, Jia Zhangke, Nuri Bilge Ceylan and Nikolaus Geyrhalter—just a few of many current filmmakers deeply influenced by Antonioni. For a fuller case for the enduring greatness of “L’avventura,” you may read my essay in Sight & Sound on “L’avventura’s” huge influence.

For the record, I’ll be introducing the Friday 7 p.m. screening that kicks off the weeklong run. After Cinefamily (it’s also showing in Film Forum in New York), the “L’avventura” roadshow continues on to Nashville, Baltimore, Columbus (Oh.), Hartford, Oklahoma City and finishes at Seattle’s wonderful Northwest Film Forum.