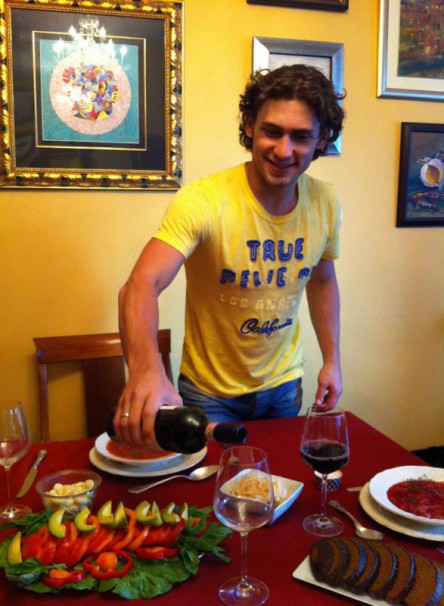 We very much enjoy seeing this photo of the divine Ivan …That would be Ivan Vasiliev, heading to Los Angeles for weekend performances with American Ballet Theatre. Here’s Ivan, caught by the camera pouring CALIFORNIA  wine at a recent Moscow dinner party. On his teeshirt:

That is so righteous. We believe in you too, Vasiliev. We’re very excited to see him dance “Le Corsaire” Friday night. He again performs on Saturday. Be there.

And welcome to La-La Land, Ivan the Wonderful! 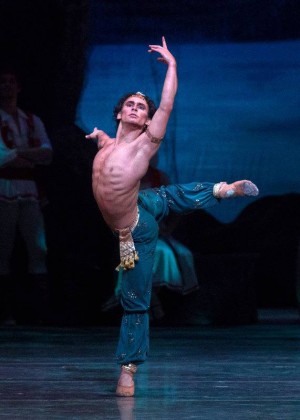 Ivan Vasiliev was born in Vladivostok, Russia and studied at the Dnepropetrovsk Ballet School in Ukraine and later at the Belorussian State Choreographic College in Minsk, graduating in 2006. Vasiliev danced Basilio in “Don Quixote” and Ali in “Le Corsaire” with the Belorus National Ballet while still a student at the College. In 2006 he was invited to join the Bolshoi Ballet as a Soloist, making his debut with the company, at age 17, as Basilio in “Don Quixote.” He was promoted to the rank of Principal dancer in May 2010. He is coached by the former Bolshoi star Yuri Vladimirov.