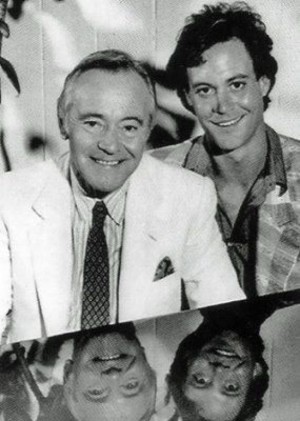 In “Jack Lemmon Returns,” now on through month’s end at the Broad Stage’s intimate “Edye” theater, Chris Lemmon shares his family photo album sprung to life. It’s the actor/musician’s one-man show of memories and anecdotes about his father, the hugely accomplished comic actor, Jack Lemmon, who died in 2001.

A talented teller of tales, a fine mimic and a wonderful, fluid pianist, Chris Lemmon echoed his dad’s two ‘extra-curricular’ life passions: playing golf and the piano. He’s also a dead ringer for the old man and aptly mimics his characteristic verbal traits: the Boston accent, the neurotic stutter, the irritable, frustrated tone that morphs into humor. 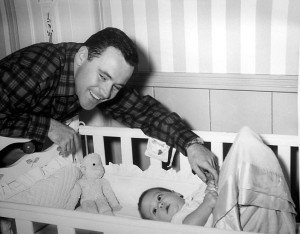 Enjoyable, of course, the backstage skinny about Lemmon films, “Mr. Roberts,” “It Should Happen to You, “The Apartment,” “Some LIke it Hot,” “Days of Wine & Roses,” “The Odd Couple, “Save the Tiger,” and “Missing.” What a list.

Surprising to learn of Lemmon’s deep and continuing admiration, as a young actor, for French actor/mime Jean-Louis Barrault.

Another powerful revelation, if only in its simplicity, is the son’s stark admission that his father’s love for his job probably outweighed that for his family.

The 90-minute monologue, interspersed with music and song, could use judicious pruning. 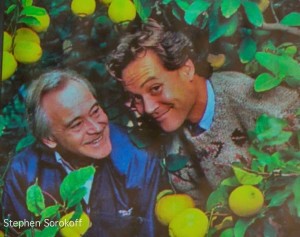 A few gossipy interludes feel forced, for example, the description of a tryst between MM and JFK, although you’d think that would be compelling. At times it feels like a dutiful IMDB resume tour.

But Chris Lemmon’s heartfelt depiction of a son’s trials and tribulations is tender overall and strongly delivered. The evening offers an impressive and thought-provoking foray through a family saga whose broken chapters (they exist) are beautifully mended by the magical act of sharing with an audience.