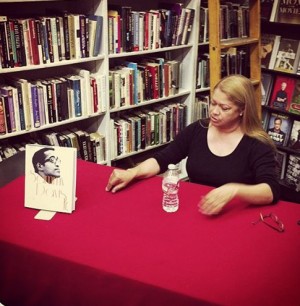 “It’s been a rough day … a little up and down,” admitted Tracey Davis, her eyes welling slightly with tears as she spoke to a gathered group last night at Larry Edmunds Bookshop about her new book “Sammy Davis, Jr.: A Personal Journey With My Father.”

Her high emotion was somewhat atypical for an author promoting a handsome photo-filled coffee-table volume that commemorates one of the most versatile and prodigious of American entertainers.

But there was a reason. The date marked the 24th anniversary of Davis, Jr.’s death in 1990. “It was a difficult day,” remarked the author, “but a good day.”

Gesturing to two of her children, Sam and Montana, Davis Jr.’s grandkids, who accompanied their Mom for the book talk, she smiled, “We [three] drank a little toast to my Dad.”

In a free-associating presentation of scattered, sporadic and heartfelt memories, Davis dropped in scant autobiographical details. “We lived in Beverly Hills. Then we moved to New York for “Golden Boy” [circa 1964] and then back to California, mostly in Lake Tahoe. But we spent a lot of time in Vegas.” A show-biz kid-hood marked by all the “right” addresses. 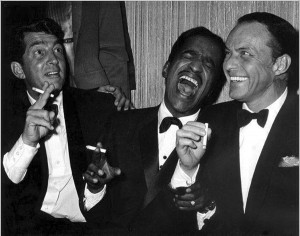 Childhood memories included some rare and heady stuff. Like waking at wee hours to find a Rat Pack convention in the living room.

“Frank and Dean would come over and play cards early in the morning. I would see them smoking, playing cards and having fun. Soon the sun would come up.”

Then came happy times: “My dad would cook me breakfast. He would make me smothered pork chops. And I got to drink a Coke.” This, Davis remembered, “made my mother so mad.”

The marriage to Swedish actress May Britt ended in 1968, but it was “a good divorce.”

“My mother was the love of my Dad’s life. She came in [to be with him] towards the end. She adored my dad. I never heard a bad word from her about him. She always kept the door open for us to visit him.” 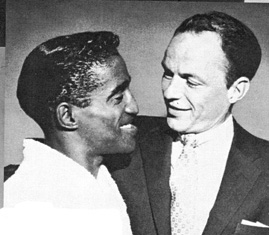 And Sinatra? What role did he play?

“They were best friends. They had some rough patches. Like when my Dad decided drugs would be cool and Frank didn’t like that. They had a good working relationship and were a very good act. Each had his own thunder. They were a good recipe together. And nothing against Frank, but my Dad was the only one to play piano, guitar, trumpet, tap dance, do impressions and sing.” 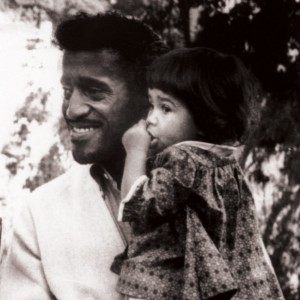 In her opinion, was Davis, Jr. more the singer … or the dancer? “He was the dancer who happened to sing,” parsed his daughter. “He was a burst dancer. He knew when to stand still and when to move.

“He came alive on stage with an orchestra and microphone. He adored what he did. When you went to his show, you were in for a treat. He felt lucky in life despite all the indignities he endured. He wasn’t bitter; he had a happy soul. He was a funny and happy person. He could be a goofball.,” she shared with a smile.

“And talking about my Dad makes me happy.”