We met the artist, Jane McAdam Freud, here in Los Angeles at her September, 2010 gallery show in Beverly Hills, and found it very easy to converse and connect with her. She is a friend of arts·meme, and we are very honored to reprint her wonderful memorial essay to her father from The Guardian. We also send our condolences. 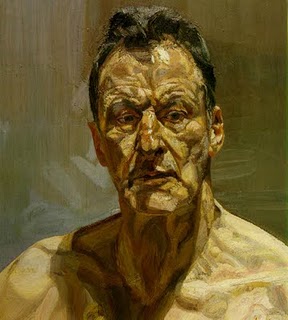 It is a week after the death of my father, Lucian Freud. My head is nowhere and everywhere. It is a very sensitive time for all the family. As such a prominent figure in the art world, “Lucian Freud” was public property. I felt I shared him, not only with the rest of our large family, but also with the art community. My hope is that I might focus my thoughts in tribute to him, for all that he has done for me – and for the many who have made it clear how close they felt to Lucian through his work.

As a child whose parents were both artists, I thought that art was the centre of the world. Although my mother, Katherine McAdam, was artistically talented – she worked as an art teacher and fashion designer while I was growing up – it was my father who captured my early imagination. I admired his work, which I saw in the catalogues he gave us. Perhaps it’s not surprising that the Freud side of my family has always fascinated me. Continue … 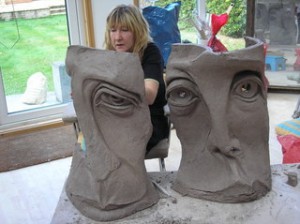 Jane McAdam Freud is a conceptual sculptor and multi-disciplinary artist educated at Central St. Martin’s and the Royal College of Art in London.  She won the British Art Medal scholarship, the Italian State Mint Prize, and Freedom of the City of London. She exhibits both nationally and internationally and her work has been acquired for numerous international Public Collections including the British Museum, Berlin State Museum, National Gallery of Greece, National Gallery Archives London and is on permanent display at the Victoria and Albert Museum.

“My sculpture has always been concerned with duality and the edges where art and psychology meet.”