Fred & Cyd march on tippy toe in “The Band Wagon”

In this publicity still for “The Band Wagon” (MGM, 1953), Cyd Charisse marches on gorgeous gams while her partner Fred Astaire embodies a human exclamation point. 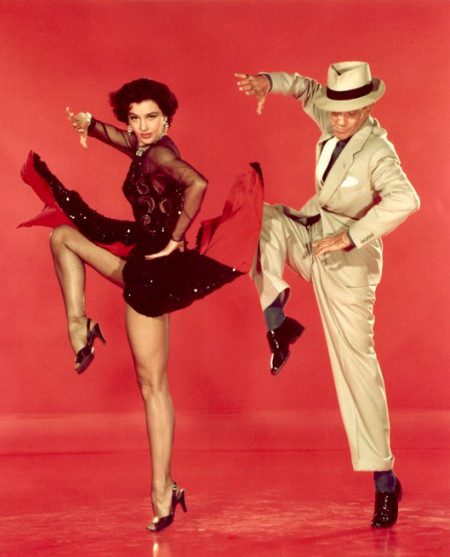 In the movie, Cyd dons a different frock. 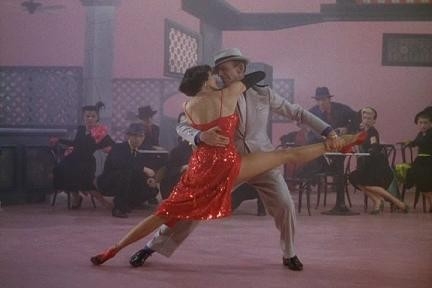 Costumes were by Mary Ann Nyberg, who has a wonderful film-costume portfolio.

Nyberg ran into problems dressing Judy Garland in “A Star is Born,” according to an obituary for veteran designer Jean Louis in “The Independent“:

When Judy Garland became unhappy with the costumes designed for her by young Mary Ann Nyberg for A Star is Born (she literally ripped one off in anger), she asked for Louis, who designed at least three memorable outfits for the movie – the navy blue bolero and slit skirt in which Garland sings “Gotta Have Me Go With You”, the black satin dress in which she accepts the Academy Award, and the gold brocade and fox fur for the finale when she announces, “This is Mrs Norman Maine”.