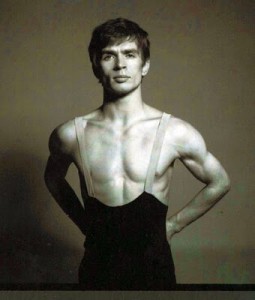 Among [Nureyev’s] biggest fans were Mick Jagger and his girlfriend, the pop singer Marianne Faithfull, who were photographed arriving for the premiere [of Roland Petit’s Paradise Lost (1967) made for Nureyev and Dame Margot Fonteyn]. Faithfull vividly recalls the excitement of seeing Nureyev dive through those scarlet lips [in the ballet, he leaps through a stage set, an oversized woman’s face with red lips]. 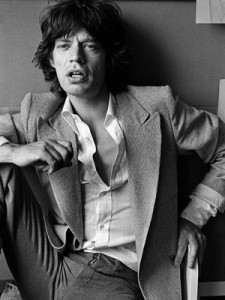 She and Jagger were “obsessed” with Nureyev and went to all his first nights, apparently to study him at close range.

“Mick and I and everybody we knew couldn’t help but be influenced by Nureyev, by his individuality and concentration. He had that quality of being lost in in his own thing. He was staggeringly beautiful and somewhat removed. There something about artists like him that you can’t catch and never will.”