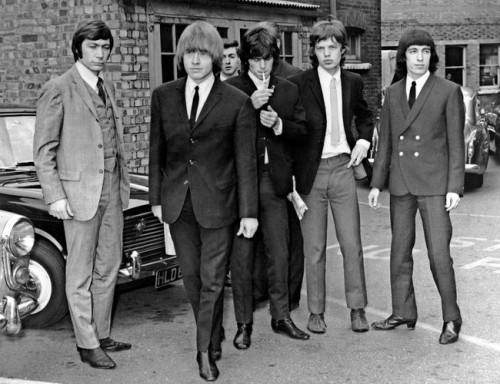 When the great blues-steeped rock band, The Rolling Stones, launched in 1962, I was seven years old — and already an budding arts journalist. Their marking a half century of existence is the magical stuff of a generation.

Last night we previewed Crossfire Hurricane, the 100-minute tour de force of fascinating original footage knitted together for HBO by director Brett Morgen. Morgen’s massive undertaking will air on the cable network November 15 and have theatrical release in the U.K.

It’s nearly unreal: grainy black-and-white film footage of early concerts with screaming girls … fainting, prostrating and otherwise jammed into theater rows. Then, layering on, concerts where a mostly male contingent, with increasing regularity, erupt into near rioting. From a performance perspective, fascinating to see the theater’s “fourth wall” penetrated, and kids clamor on stage to claw at the musicians and grapple with the cops.

Right then and there, the birth of the sixties. The breaching of old walls. 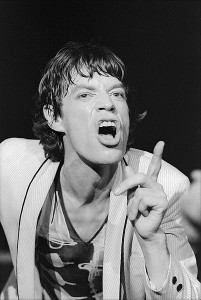 That the band is an absolute phenomenon, the pinnacle of its genre, exceptional, trend-setting and super cool, goes without saying. Its longevity and reinvention over decades provides amazing documentary fodder. The film shows how the group lived its own myth; the impetus toward the “bad” accelerated by an early drug bust that saw both Jagger and Richard imprisoned. The nice English lads picked up the mantle of cultural outlaw. In doing so, they led their generation.

The film’s most interesting commentary comes way too close to the end when Bill Wyman deconstructs the Stones’s singular sound. The bass player explains that in most rock bands the percussionist propels the group ahead. But Stones drummer Charlie Watts, instead, follows guitarist Keith Richard, according to Wyman. This inserts an infinitesimal time lapse giving off that loopy, infectious rhythm.

In general, the film’s art bits interested me more than the sex drugs and rock and roll. I enjoyed the clear depiction of how the second guitar slot got passed from Brian Jones, after his tragic death in 1969, to Mick Taylor then, finally, to Ron Wood. I loved hearing Richard describe the “orchestral” sound two dueling guitars can generate. I enjoyed footage of Richard and Jagger venturing into early song writing. It’s striking what a sensitive innovator Jagger was both on stage and off. And this dance critic absolutely loves Mick Jagger’s dancing. 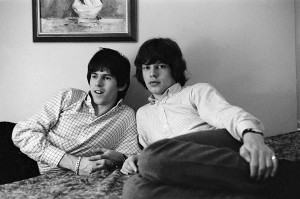 Quibbles with the film are minor  — its relentlessly hurky-jerky shooting and cutting style wore out my eye; I wanted more coherent presentation of at least a few of the songs. It lacks editorial distance, as the Stones themselves co-produced with HBO, an obvious swap for gaining access to the band’s vast archive. I was stunned to not hear, even once, the names Bo Diddley or Muddy Waters, or any of the American artists the Stones readily admit in the film that they covered for years. Indeed “Crossfire” does not really go for information; it’s a visceral, visual tour and the price of that ticket is that by the end it starts to feel fanzine. 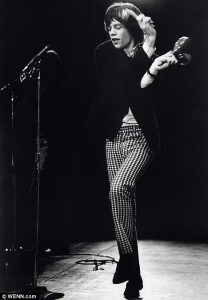 There are no talking heads, no experts, and no glimpse of the band members today. (I did not enjoy the ghostly voice-overs.) Not one date was attached to the torrent of footage. (I like knowing when stuff happened.) The film retreads other iconic Stones documentaries: for example, the much-seen footage of the disastrous Altamont concert, which was more artfully delivered in the watershed Gimme Shelter, and no mention of the Maysles brothers. (Martin Scorsese’s great Shine A Light also gets visual quoting.) Altogether, I think “Crossfire” gives too much weight to Altamont, further cementing the Bay Area balls-up into the Rolling Stones narrative. And it’s presented in a self-protective way that gives the Stones a complete pass for the culture of violence they themselves perpetuated — which is on obvious view from the first moments of this documentary.

Nonetheless, I would not miss it for anything and strongly recommend any means of celebrating the greatest rock band of our lifetime.