How the Stones rolled through L.A. 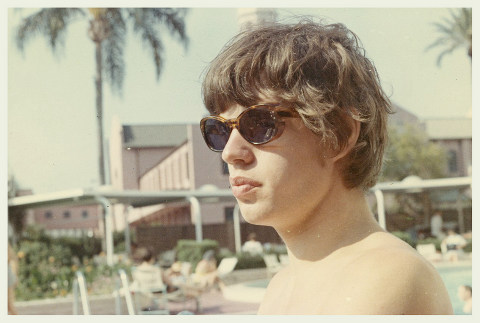 Found: Photographs of the Rolling Stones, a month-long exhibition of twenty-six rare and candid photographs that document the Rolling Stones on their first American tour in 1964 opens soon at Dilettante, a creative theatre and gallery located in Compton.

The Stones photo-booty was discovered in an unmarked box at a Central California estate sale  — the photographer remains unknown.

Set in the landscape in and around L.A. are Mick Jagger, Brian Jones, Keith Richards, Charlie Watts, Bill Wyman and founding member/road manager, Ian Stewart. Still babies, they are not yet the craggy crew they would later become.