We’ve always imported major dance companies in Los Angeles. In the old days, that meant New York City Ballet romping at the Greek Theater in Griffith Park. But now we go global. And this is worsening the nation’s nettlesome trade deficit. We buy more of their stuff and they don’t buy enough of ours. Our cocaine comes from South America; our oil from the Middle East … and our dance from Europe. Choreographers across Le Pond have gained an edge over our crew; there are many reasons for this, but the primary one is economic. Their creative product is government subsidized.

This smarts somehow. We love all dance, but we want to “Support Our Troops” —  rather, our troupers, the underemployed dancers whose numbers swell in Brooklyn because dancers can’t afford Manhattan anymore.

Chatting with Renae Williams, Director of Dance Presentations at the Music Center, about her very international dance slate, she says, “The theme of the 2011-12 season is discovery.” She also reminds us that the 2009-10 season was nearly all American: Hubbard Street Dance, Merce Cunningham, Joffrey Ballet, Alvin Ailey, Pilobolus.

With this in mind, let’s comb through the newly announced 2011-12 Glorya Kaufman Presents Dance at the Music Center season. Lots of goodies in the chocolate box. 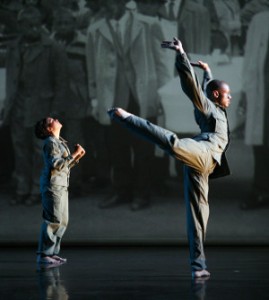 Scottish Ballet – October 14 – 16, 2011
U.S. debut of company. Repertory to include Sir Kenneth MacMillan’s “Song of the Earth” and a North American premiere by the (ubiquitous) Jorma Elo, set to music by Mozart and Steve Reich.

The Diavolo Residency beginning October 2011 Part of the Getty’s Pacific Standard Time: Art in L.A. 1945-1980, a Music Center co-commission. This matters because Diavolo, despite its French-born artistic director, Jacques Heim, has long been based in Los Angeles. What Diavolo has to do with mid-century art, the focus of Pacific Standard Time, remains to be seen. 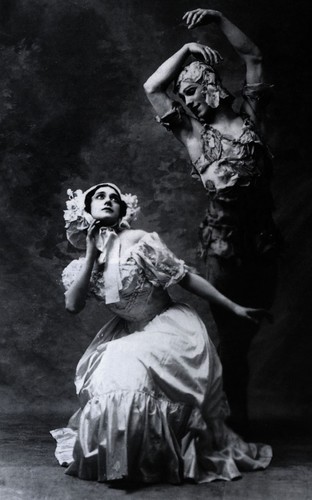 Ballet du Grand Théâtre de Genève – April 13 – 15, 2012
Northern American premieres – Les Sylphides and Spectre de la Rose (both by Millepied) with LA Opera Orchestra. Sylphides and Spectre both Michel Fokine creations for Ballets Russes.  I saw Boston Ballet’s restaging of Fokine’s Spectre for the first time at their 2009 Ballets Russes centenary; it’s spectacular and massively historic. Not really sure what the choreographer of BLACK SWAN will have to add. It could be intriguing, and … it could be terrible. 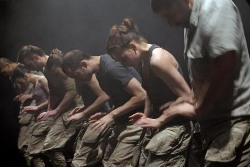 Turning to Royce Hall/UCLA Live, under new artistic director Kristy Edmunds (we assume she did not book this season), we see a vastly reduced dance menu:

Way down south, not in ‘Bamie, but in Orange County, the Segerstrom Center for the Arts somewhat evens the score:

Thank you, Mr. Segerstrom, for bringing San Francisco Ballet our way! And thank you, Helgi Tomasson, for programming our sole glimpse of Balanchine in the season, if only the (great) warhorse Symphony in C. God! 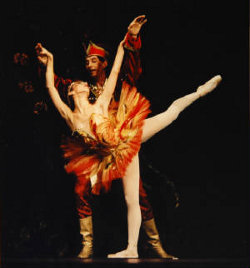 American Ballet Theatre, March 29 – April 1, 2012
World premiere of a new production of Alexei Ratmansky’s The Firebird — another Ballets Russes update. Let’s see what he does with it.  Actually, exciting…

We enjoy our visits to the Segerstrom where the dance audience is experienced and discerning.