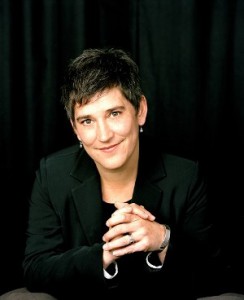 Performing arts curator Kristy Edmunds has been named executive and artistic director of UCLA Live, the venerable outlet for music, dance, and theater at Royce Hall on the UCLA campus.

Edmunds, an American, born and raised in the Pacific Northwest, comes to UCLA Live from Australia’s University of Melbourne, where she was head of the School of Performing Arts in the Victorian College of the Arts. She also served concurrently as consulting artistic director for the Park Avenue Armory performing arts space in New York City.

Now that is very cool. Here’s an amazing, groovy music program she just commandeered at the Armory.

Edmunds’ career has included work as a visual artist, an independent filmmaker, a playwright and a teacher. She holds a bachelor’s in film direction from Montana State University and a master’s in playwriting and theater direction from Western Washington University.

“There is a fantastic momentum swirling in the Los Angeles arts scene …,” noted Edmunds in a statement.

You got that right, Kristy Edmunds! 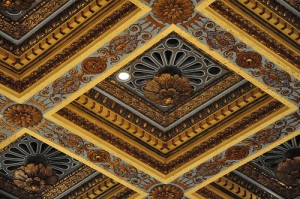 UCLA Live has been struggling in the torrid economy, taking an inexplicable wallop over the loss of its former director, the Briton David Sefton. Royce Hall was the only game in town for decades, but there’s an increasingly competitive arena in our arts-crazed village of eleven million. Three significant performing arts centers now stand where there were zero a few years ago: Santa Monica’s Broad Stage, a cold auditorium with a free parking lot, which has captured the big money of West Los Angeles, the new Valley Performing Arts Center in Northridge, and the soon-to-open Annenberg Performing Arts Center in Beverly Hills.

Welcome to Los Angeles, Ms. Edmunds. We wish you the best.