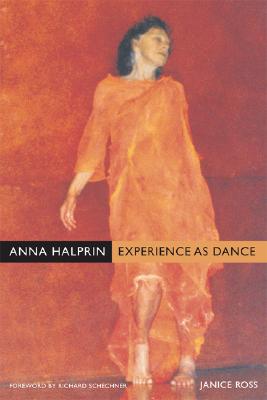 The big event of a busy fall season has been the historic reconstruction of Anna Halprin‘s “Parades & Changes,” an influential landmark of postmodern dance dating from 1965-67 featuring a soundscore by electronic music pioneer Morton Subotnick.

The piece builds on improvisation on a set of movement  “scores” — a Halprin key word that she prefers to “choreography.”

Dancers remove and redon their tailored mens suits (nudity led to police raids at Hunter College performances in the sixties). The cast then progresses soberly through a series of everyday tasks that by dint of slowed speed and focused intent become theatrical.

My big discovery was that Halprin, the high priestess of naturalistic, task-oriented choreography, also has appetite for visual effect, color, and even spectacle. No one witnessing the wild sequence in which drab brown wrapping paper transforms to an erupting Vesuvius will soon forget the sight.

The dance’s brilliant coda, in which performers rummage found objects, absurdly layering ragtag clothes, wigs, feathers, tubes, and tools on their bodies, cycles through the mind days after the concert.

Halprin’s biographer, Stanford University professor Janice Ross, in L.A. for the performance, corrected my calling the loosely strung together theater piece a happening. Sixties happenings were all spontaneity, explained Ross, whereas Halprin’s work was choreographed.

Bill T. Jones’s Abraham Lincoln-inspired piece. “Fondly Do We Hope …Fervently Do We Pray” presented at Irvine Barclay Theater is tour de force dance-theater. Its highly polished look-and-feel reflects the caliber of artistic collaboration Bill T. has forged since becoming a Broadway player. There’s a real showman behind this work. Built in an environment bisected by an elegant cyclorama (evoking the Gettysburg version?), the piece looks sensational. Dressing the set predominantly in white transforms it into a sacred space where Jones acts out his gripping content. I found the work’s integration of idea, emotion, and image effective and profound; its interlacing of movement, text, visual projection, and music, both hard rock and spiritual, thrilling and engaging. Did I mention the superb dancing?

“Fondly …”  tugs at the heart as one of our leading African-American artists travels in time to process his reaction to the election of Barack Obama. With its specific references to American history — the Civil War, antebellum period, civil rights movement, right through election 2008 — this work gives full permission to other dance makers wishing to exit the conceptual plane and re-engage with life as we know it on planet Earth. To which we say, don’t let us block your exit.

The gifted Israeli-born, London-based choreographer Hofesh Shechter crafts group dances that move demonically — and that scores high marks in my book. Schecter’s posse of cargo-pants-clad guys rumble like Sharks and Jets, but rather than soar through the air a la Jerome Robbins, they hunker low to the ground,foraging like monkeys in an urban jungle.

The composer of his own scores, Shechter’s an all-rounder aiming for the highest level of movement density. In UCLA Royce Hall performances, Shechter’s rendering of agitated tribal energy associates him with his Israeli compatriot Ohad Naharin (Schecter is a Batsheva alumnus) and in its unabated masculine drive to Emanuel Gat.

Finally, a most generous and satisfying performance of northern Indian dance, Kathak, took place in the boutique setting of Hollywood’s Fountain Theater.

Two dancers, both protegees of master instructor Chitresh Das (one an outstanding beauty named Fara Yasmeen Shaikh) spin, hoof, and pound the floor, their bare feet and belled ankles giving off a persistent jangle. Tiny beads of sweat break on their smooth brows and soon it’s a dance hothouse. Still in motion the women sweetly explain the arcane art form to a rapt audience, focusing on intricate rhythms that often run counter to the live music. Series continues throughout next year at the Fountain. Recommended.