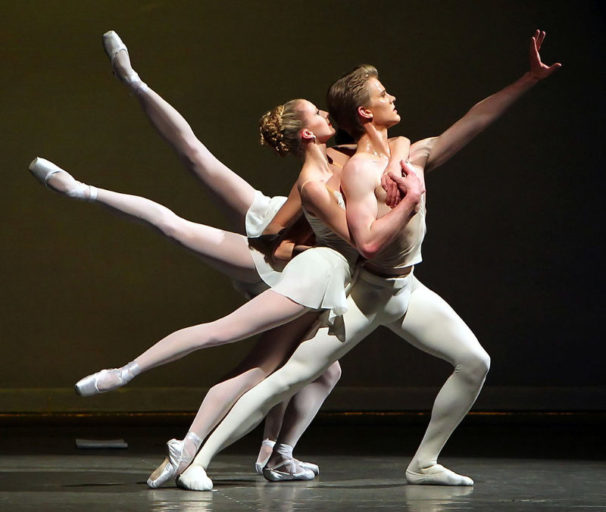 As the young god Apollo, the title role of the ballet masterpiece created by the choreographer George Balanchine at the precocious age of 28, former New York City Ballet dancer Chase Finlay had “great dignity,” “tapering limbs,” “a beautifully long and firm neck,” and a “powerful thorax.” Those words were written by New York Times Chief Dance Critic Alastair Macaulay at Finlay’s debut in the role in 2011. Macaulay also called out his “noble head.” Perhaps all of those qualities informed Chase’s godlike ability to make ballet girls “scream in bed” — words that this dance critic takes zero pleasure in reprinting.

It’s his personal life. Unfortunate that he did not keep it to himself. Text-messaging with a fellow male crony, a patron of New York City Ballet who likened female dancers to “farm animals,” to which Finlay wittily rejoined, “sluts that they are.” This is according to reporting in the New York Post.

As we know from his text messages (his braggadocio direct from our president’s playbook), Finlay has cornered the market on sensuality. The keen dance critic Marina Harss noted, in writing for DanceTabs May 2018,

It was a good night for Afternoon of a Faun, in particular. Chase Finlay, débuting in the role of the young dancer sensually lolling about a ballet studio, brought back the eroticism this ballet often lacks.

Would that he had constrained his eroticism to the stage. Harss was not thoroughly seduced, however. She took a balanced view of Finlay, also writing, in 2016:

“Chase Finlay, … is awfully stiff. He looks more like a Walt Disney prince than like a dashing man-about-town. He needs to lighten up.”

The ultimate NYCB insider, critic Robert Gottlieb, called out Finlay in The Observer, writing on 06-07-18 soon before the sh*t hit the fan:

…her partner, Chase Finlay, was worse. It’s not his fault that he was cast in a role for which he is absolutely unqualified. Finlay has grown stronger recently, and he’s always a handsome presence. But he remains essentially a stodgy dancer, utterly lacking the quickness, the edge, the delightful Bournonville attack and sparkle. … What a drag the whole thing was! Poor Mozartiana, poor Balanchine, poor us.

(Mr. Gottlieb may have been perceiving drug or alcohol use by Finlay.) In reprinting these review-blurbs, I do not suggest that critics have the ability, responsibility, (or interest) to suss or anticipate Finlay’s true nature or offstage behavior — although the reviews do make amusing reading. I mean to highlight that serious people have always taken New York City Ballet and its dancers dead seriously, at face value. There is the assumption on some level that dancers are cultivated, well-bred human beings who merit word count and the critical eye. And the time and effort of an audience! When this sort of controversy occurs (it never has, before), the letdown and loss of good faith is immense. I will speak for myself. Turned off!

Dancing Apollo is a privilege. It is a summit of neo-classical choreography that great male dancers wish to climb. It is sought after. Nureyev famously hounded Balanchine to allow him to dance Apollo and he put it in his Nureyev and Friends showcase.

For Nureyev, Apollo – just like Giselle – was the ”ballet of a lifetime.” He danced it continually, from the outset in 1967 (when he made his début in the part at the Vienna Opera) until 1991 on his final “Nureyev and Friends” tour in Australia. This ballet is the whole of Balanchine’s art in a nutshell and Nureyev considered Balanchine to be the greatest choreographer. 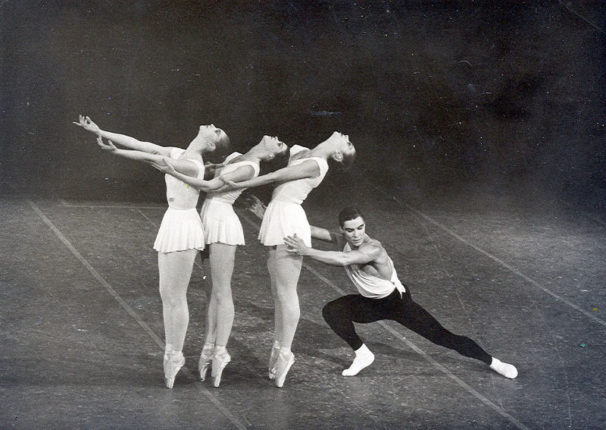 The ballet sits splendidly at the nexus of dance narrative and abstraction, embodying its great Stravinsky score in depicting a young god coming of age, coached by three knowing muses — of poetry, theater and dance. The women guide, tease and inspire the young man’s journey into adulthood. It is a ballet about, at the very least, harmonious relations between the sexes — as we watch the man educated and empowered by women. It is a ballet that respects women. It is so much the inverse of what has (just?) transpired at New York City Ballet. Oh, bring back the good old days of Greek mythology!

We are dealing in allegations. It’s his word against hers. (I believe her.) Floundering since similar “uncorroborated” allegations were raised against the company’s longtime “Ballet Master in Chief” Peter Martins, NYCB opted to be run by committee when Martins “voluntarily” retired in January. So, how’s that management-by-committee thing working for you, NYCB?

The company has lost so much dignity and integrity … a mighty fall from the days when Mr. B pronounced that “Ballet is Woman,” and nurtured (we’re allowed to help each other!) cultural heroines like Maria Tallchief, Diana Adams, Allegra Kent, Violette Verdy, Patricia McBride, and Suzanne Farrell. It leaves us wondering why audiences should even care what these people do on a stage. It feels so fake, doesn’t it? (ABT also feels fake to me.) Is NYCB entitled to exist??