It concerns us all, says choreographer Miguel Gutierrez 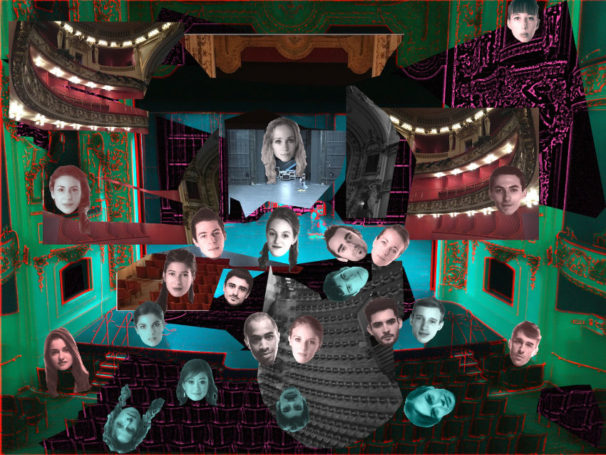 Ed. note: arts·meme is delighted to reprint an artist’s statement from choreographer Miguel Gutierrez on the occasion of a commission for the French Ballet de Lorraine soon to have its premiere. Gutierrez, an artist who is alternately outrageous and deeply thoughtful, shares his ideas here:

I was invited by Petter Jacobsson and Tom Caley to make a piece during the 50th anniversary season of Ballet de Lorraine. In an initial conversation, they alluded to the events of May 1968 — and how it was interesting that the company’s first year coincided with this moment of social unrest. They also told me that I would be sharing the program with a piece created in 1968 — Merce Cunningham’s Rainforest, one of my all-time favorite dances. It’s fascinating to me that the 1968 movement rose up so quickly and also sort of died (was repressed) very quickly. Yet everything you read about it says that the issues from those events made their way into French society from then onward. 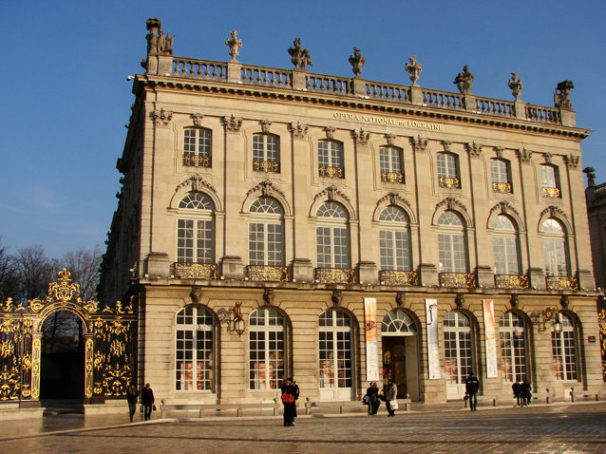 When I first visited the Opera House where the piece would be performed, I was struck by its beauty. But it also presented problems. When they’re on the stage, the dancers are very far from the audience; and the viewing experience for the audience is radically different depending on where you’re sitting in the theater, more so than in most theaters. I thought about the history of these kinds of spaces and how they uphold social class divisions — the rich patrons sit in the orchestra, or in the intimate box seats, and the less wealthy people sit higher up in the upper galleries. Even though the ticket prices at the Opera House aren’t so different from one seat to the other, the politics of the architecture remain. I wondered how (and if) it would be possible to make a piece that had its roots in the issues brought up in the May 1968 events for this space. As a result, I feel that the theater itself, and of course, all of the people in it, are also performing in this piece. 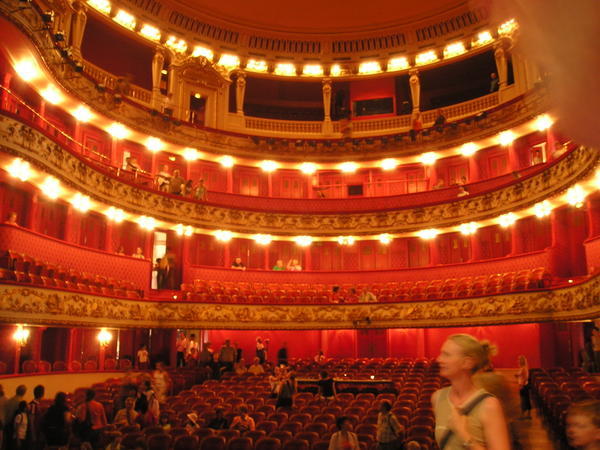 Researching the May 1968 events I came across the different slogans/chants that demonstrators used in their marches and apparently “Cela nous concerne tous” was one. I had been looking for a title that had the word “us” in it and there it was!

I think making a dance is always a kind of “revolution” of process. I try to forget how I made previous dances while also sharing the practices that have either remained interesting to me over many years or that are relevant to me right now. Currently I am very interested in this idea of how abstraction in dance is created by individual subjects, with individual identities and energetic presences. Working in the United States, I am especially interested in what this means when artists of color are present in contemporary dance contexts, which have for a long time been an art form shaped and dominated by white artists. I think it is critical, living in this time, that we learn what it means to live with differences among us. I think that choreography can be one way to train ourselves into seeing difference.

Earlier this year I made a piece with students at DOCH, a dance university in Stockholm, as research for this piece. I found that I was most interested in a movement practice that has to do with generating a restless curiosity about one’s own physical being in relation to the room and to other people in it – as if you are asking yourself constantly: “What am I, what does it mean that I’m here in this room and who are these other people?” Coupled with this is an exploration into clothing as a kind of mobile, mutable and exchangeable second skin. I shared these practices with the dancers here and with some of them we generated movement material for small groups — duos, trios, quartets, etc — and some for the whole group. We’ve then taken this “set” material and reverse-engineered it into an improvisational practice that is about taking the map of this known material and “corrupting” it, losing your way. 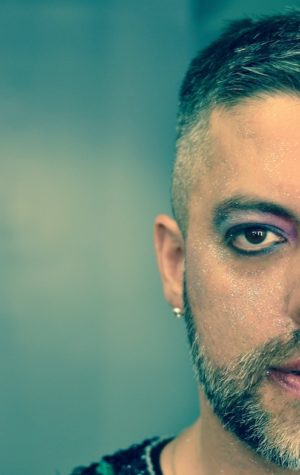 For some reason I am most interested in movement when I am confused by it, when I don’t really know what is going on or when I can’t easily organize it into a recognizable order. I often find that recognition in dance comforts us in not a good way — it tells us that “everything is ok” and that the dancers are pretty and strong and able to make nice shapes. I prefer working with time and behavior in such a way that another psychic and emotional terrain are revealed.

For a while now I’ve been inspired by a quote from Jack Halberstam in The Queer Art of Failure: “Illegibility may in fact be one way of escaping the political manipulation to which…. all disciplines are subject.” Think about how most representations of physical fascism have to do with large masses of people doing exactly the same (legible) thing and you begin to understand the value and importance of illegibility. Think about why masses of unruly, undisciplined demonstrators become such a threat to the state, to the police.

All of this is very evident when you look at footage of the May 1968 demonstrations. In the marches, the confrontations with the police and in the large discussions held at the Sorbonne and Theatre Odeon there is a wildness of energy, argument, volume and action. These are all things I have been thinking about in the process of making this piece.