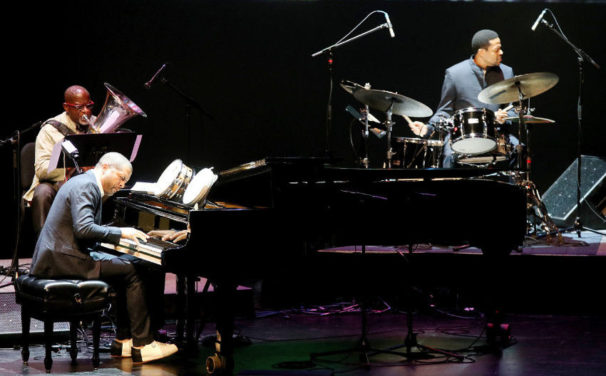 “The horn is blowing according to what the drummer is playing, you know?”

Thelonious Monk’s 1959 Town Hall concert was an artistic landmark and a personal triumph for the iconoclastic pianist and composer. His pieces, conceived for the small ensemble format, had been orchestrated for the evening by the estimable composer Hall Overton, and played by a ten-piece big band of some of New York’s best jazz musicians.

The Town Hall concert came on the heels of a long wilderness period, where the loss of his cabaret card took Monk out of the jazz spotlight. It served as something of a vindication for an architect of modern jazz whose contributions were just beginning to be seriously considered.

42-year old pianist Jason Moran has long claimed Monk (1917-1982) as a prime inspiration. Monk’s angular themes, with their short-hand delineations, always reflect economy of expression, without an excess note of any kind. Soulful, introspective ballads, forte horn lines and dissonant accents are all part of the Monkian aggregate. 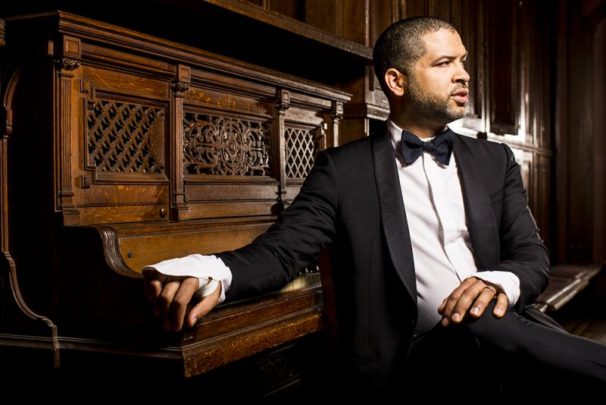 Moran’s playing is refined, sometimes touching on the Impressionist composers, and yet he has a way of keeping the listener off-balance—like Bartok, another source. The short phrases, resonant endings and twinkly ornamentation in Moran point to Monk’s influence. In 2009, Moran enlarged his own Bandwagon group to participate in a well-received “Monk at Town Hall, 1959” concert in New York. He was able to pull off the hat trick of acknowledging the structural resilience of the tunes yet follow his own instincts. 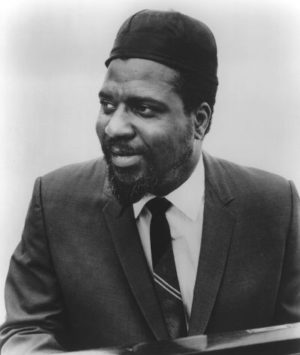 “In My Mind: Monk at Town Hall 1959,” presented by CAP UCLA at the Theatre of the Ace Hotel, is Moran’s formal tribute to the man he regards as the most important modern musician of all. Monk mounted the bebop insurrection of the late 1940s with trumpeter Dizzy Gillespie and alto saxophonist Charlie Parker but his own music was always something personal: he was in bop but not of it.

For contemporary artists, homage to an inspiration can be tricky. Something elemental in the honoree’s work must be duplicated or evoked. But the artist has to indicate how that ethos relates to their own work—and to make clear the personal geography the artist inhabits.

Moran, a Houston native, has been able to access the blues in an original way and generate a formidable rhythmic propulsion in his playing. Each are essential in channeling Monk’s music.

A couple of years ago, Moran paid tribute to Fats Waller (1904-1943), the great stride master, with an album and a touring band. Fats was a consummate entertainer whose comic vocals and wicked asides sometimes obscured his superlative piano gifts. But for Moran, Fats’ music wasn’t an easy fit. Moran’s signature attack—mercurial in dynamics and phrasing—failed to impart Waller’s rock-solid playing. Worse yet, Moran closed out his sets wearing an oversized Mardi Gras mask. Fats wasn’t so much remembered and feted as he was burlesqued.

Monk was well-known for his bandstand Terpsichore—leaving the piano bench and silently twirling in his own little cosmos while his band moved the music like a locomotive blazing down the track. Bassist Buell Neidlinger co-led his lamented Monk repertory band Thelonious with saxophonist Marty Krystall in the early ‘90s. Asked if he saw dance as the underlying motive in Monk’s music, Buell replied, “Sure. Dance is at the heart of Monk, Stravinsky, Bartok, Cecil Taylor and any other great composer’s music.”

Before he was a recognized as a pianist and bandleader who generated his own idiosyncratic material, Monk was a jobbing musician. The teenaged Monk toured as a backing organist for a circuit preacher, and for leaders like Coleman Hawkins and Gillespie. The pianist played Harlem dances and is on record for working at least one Jewish wedding (Parker, trumpeter Red Rodney and drummer Art Blakey were also in that ad hoc outfit). But a few years ago, Moran lamented in print that he had yet to play for “an audience that came to dance.”

Bassist Charles Mingus (1922-1979), himself an iconoclastic composer-bandleader and a great admirer of Monk, might have advised Moran: “Better git it in your soul.”