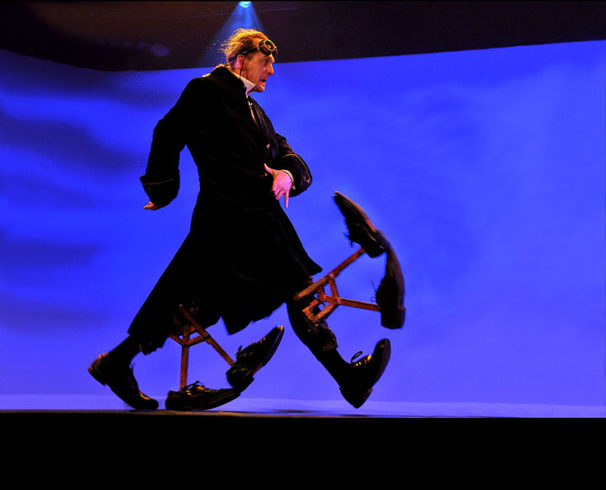 Tomas Kubinek, who smartly selected an always in-demand profession, that of a clown, is described as a comic genius, virtuoso vaudevillian, and all-round charmer who gives audiences a joyous experience. 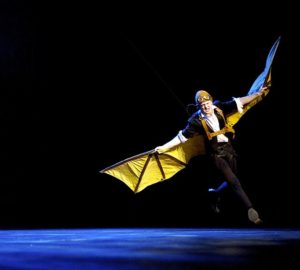 Kubínek, born in Prague, was smuggled out of the country at age 3 by his parents to escape the 1968 Soviet invasion of Czechoslovakia. After two months in a refugee camp in Austria, the Kubínek family was granted asylum in Canada. There Tomáš witnessed his first circus. He became passionately interested in clowns, circus, theater, and magic. At age 9 he presented his first performance before a circle of elderly magicians. By age 13 he had an agent and was performing comedy and sleight-of-hand in coffee-houses between folk-music acts.

It’s been all uphill from there and he has the shoes, and the wings, to prove it.

Slated for the cozy Theatre Raymond Kabbaz the show works for kids nine-ish and above. That’s about my level anymore. Let’s laff!