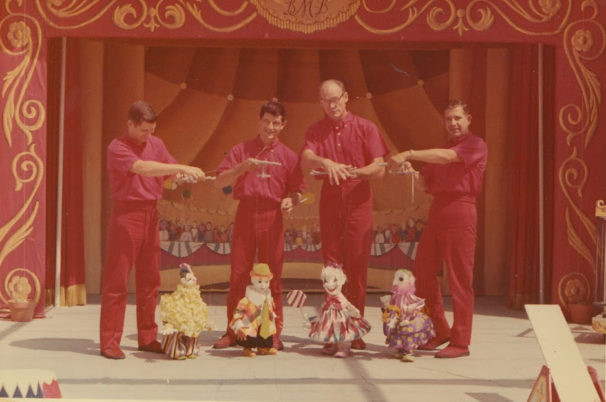 Just to prove that Washington D.C. does not have the lock on staging circuses, we’ve got a really cool one coming our way in Los Angeles. It’s a revival, by The Bob Baker Marionette Theater, of The Circus, a Bob Baker original production that has not been seen in nearly 40 years. 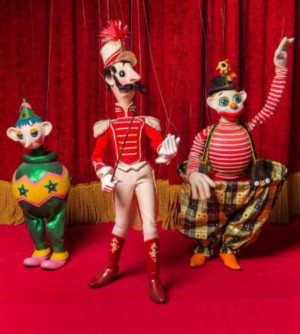 The Circus, originally developed in the 1950s and staged as an elaborate traveling show, was re-imagined for the hi-tech specifications of Mr. Baker’s ‘Bob Baker Marionette Theater’ established in 1963.

Key puppets, lost or damaged props and backdrops and preserved antiquated soundtracks are all making their return in the pursuit of authenticity.

Marionette giraffes, a carnival of clowns, and a parade of puppets will collude to delight you and make you forget all kinds of Trump’ed up things that are troubling your brain. It’s happening at Baker’s historic theater in its charming location a big marionette leap from Echo Park Lake tucked under the Beverly Boulevard Bridge.