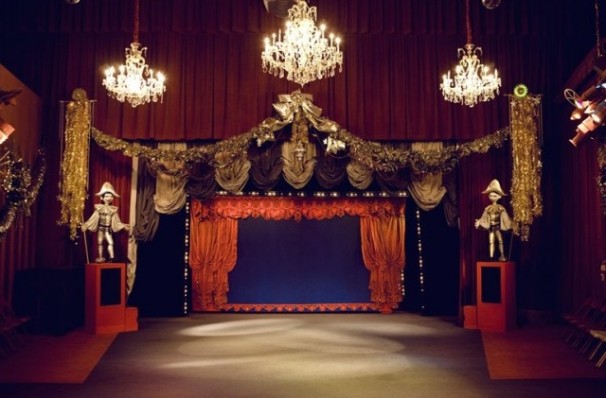 Sad news to hear that puppeteer Bob Baker (1924-2014) died today at 90 of natural causes. Baker, along with his partner Alton Wood, founded the Los Angeles-based Bob Baker Marionette Theater in 1963, the oldest and longest running children’s theater company. In June 2009, the theater was designated as a Los Angeles Historical-Cultural Monument.

Baker’s puppetry was featured in Disney’s “Bedknobs and Broomsticks” (Academy Award), “Close Encounters of The Third Kind,” “A Star Is Born” with Judy Garland and many television shows and commercials. Baker also served as Governors of the Academy of Motion Pictures Arts and Sciences and of the Television Academy of Arts & Sciences, both in the animation division.

The Los Angeles native discovered marionettes at age five when his father took him to a puppet show at Barker Brothers Department store. He met his first puppet teacher, Henrie Gordon, when she demonstrated marionettes in the Bullock’s Wilshire toy department. His first professional performance, age eight, was for producer/director Mervyn Leroy.

A graduate of Hollywood High School, Bob enlisted in the Army Air Corps at the beginning of WW2. An early medical discharge from the service  propelled him into his early career in animation at the George Pal Studios. He began as an apprentice and became a top animator of “Puppetoons” a year later. 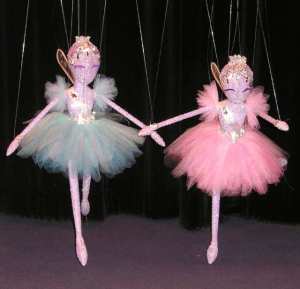 Leaving Pal during labor union disputes, Baker began manufacturing toy marionettes. Fifty of the finest department stores in the country carried his line including Bullocks Wilshire, Saks Fifth Avenue, Niemen Marcus, FAO Schwarz, and Marshall Fields. Baker manufactured the toy marionettes that he remembered as a child, and created window displays for the major stores in Los Angeles as well. The performance of his circus windows in the Millirons Department store downtown brought so many people, the store had to build risers to accommodate them.  Baker went on to create the now famous window displays on Main Street at Disneyland.

Baker turned to the exciting new medium of television in 1947 with KFI’s “Adventures of Bobo.” His studio on Santa Monica Boulevard began to attract the future stars of television animation. Bob Clampett, the creator of “Beany and Cecil” was given a desk at Bob’s studio because Clampett had no place else to work. Daws Butler, Stan Freeburg and June Foray were early visitors to the Baker workshop as well. Bob also served as an animation advisor at many film studios including Walt Disney, which launched his long film career. It was at a performance at the home of Ronald Reagan, where Baker convinced Reagan, then president of Screen Actors Guild, that puppeteers belonged in the performer’s union.

In lieu of flowers, donations to support the Bob Baker Marionette Theater may be made here.