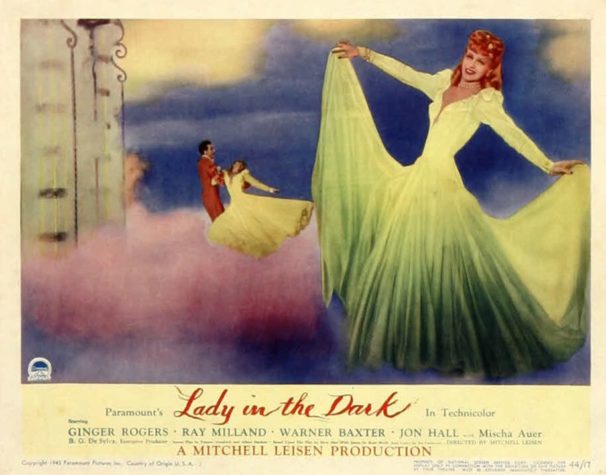 A strong female character is at the center of Lady in the Dark, a forgotten 1944 film that was presented in a beautiful 35mm nitrate print at the Egyptian Theatre on the final night of the festival. This movie was adapted from a Broadway play written by Moss Hart, with music by Kurt Weill and Ira Gershwin, and it helped to introduce Freud to the Great White Way. Liza Elliott is a successful magazine editor tormented by anxiety and depression. A psychoanalyst helps her to dig back into her childhood for the sources of her torment, and she realizes that she sacrificed her femininity after being rejected by her father. 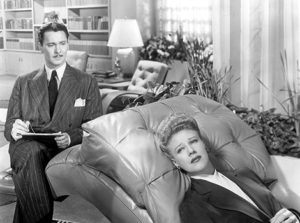 The movie version directed by Mitchell Leisen removed most of the songs but retained the play’s Freudian simplifications—and its underlying sexism. Liza has to surrender control of the magazine to her male subordinate (skillfully played by Ray Milland) before she can recover a sense of fulfillment.  It was fun to watch the movie with a full house and hear the younger women in the audience jeer at the movie’s putdowns of strong, assertive women. One could certainly understand why this film, popular in its day, is rarely revived. And yet it remains a handsome production, with a couple of musical numbers in full Technicolor glory. Perhaps the best thing about the movie is its reminder of the talent and versatility of Ginger Rogers. She gets to do a little dancing in the film, not as much as we would like, but her performance is commanding. She conveys the strength and assurance of a career woman even when the script tries to belittle and undermine her. Rogers gives the lie to the author’s suspicion of strong women, for she makes the character smart, engaging, and charismatic. A true relic of a more benighted era, the film also demonstrates the many enticements of the stars of Hollywood’s Golden Age. And that is of course why we keep returning to the treasures showcased by TCM.

Read Farber’s TCM Fest 2017 reviews of David and Lisa and The Landlord.