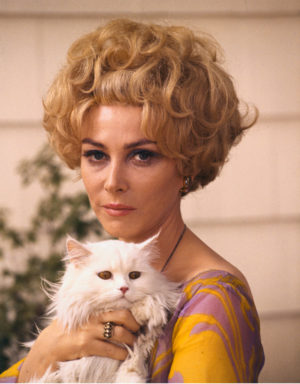 One of the special guests at this year’s TCM Classic Film Festival was actress and director Lee Grant, who gave a spirited interview before the screening of The Landlord, the film that earned her one of her four acting nominations for best supporting actress.

Grant’s first nomination came for William Wyler’s Detective Story in 1951, but shortly after that, she was blacklisted and did not work for 12 years. She was married to Arnold Manoff, whom she freely admitted was a Communist, and both Manoff and Grant refused to cooperate with the House Un-American Activities Committee’s witch hunt. Grant commented that one of the few bright spots in that dark period was the chance to become close friends with brilliant writers like Dalton Trumbo and Ring Lardner, Jr., who were also blacklisted. But she lost crucial years where she had few opportunities to practice her craft. “The years from 24 to 36 are great years for an actor,” Grant noted, and those were the years when she was largely forbidden to work. 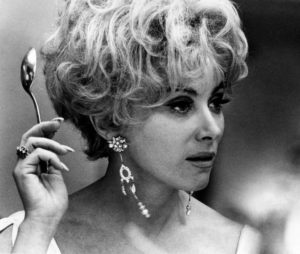 When she finally came back to television and film, she feared that she would have limited opportunities if people knew her real age. So she went so far as to change her driver’s license to shave a few years off. Now, at age 90, she commented bluntly, “I don’t care!”

Her first important screen role after the blacklist was in In the Heat of the Night, and she said she got the part because “Norman Jewison knew what I had been through.” Hal Ashby was the editor of the film, and when he made his directorial debut in 1970 with The Landlord, Grant secured the part of Beau Bridges’ mother, the matriarch of a rich, rightwing Long Island family. She was actually too young for that part, since she was 44 at the time, and Bridges’ character was meant to be 29.  In fact, Jessica Tandy (who was more age-appropriate) was initially cast in the film, but the role ultimately went to Grant. 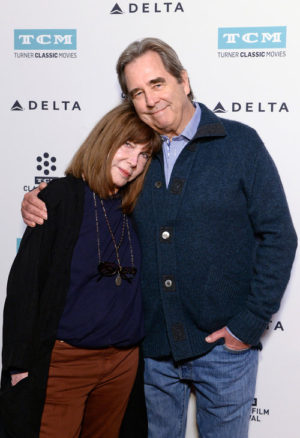 Although some of Ashby’s frenetic editing dates the film, it remains a smart and often uproarious commentary on race relations during a turbulent era. As Bridges pointed out in a conversation before the screening, “The country was literally on fire when we made the film.”  He plays a sheltered rich boy whose life is changed when he encounters the black denizens of the Bedford-Stuyvesant neighborhood where he buys an apartment building. The film’s extraordinary cast of black actors includes Pearl Bailey, Diana Sands, and Lou Gossett, who all deliver expert performances. Grant plays Bridges’ slightly batty and prejudiced mother, whose horizons explode in the film’s funniest scene, an encounter with Bailey in which the two women drink and eat together and undergo an unexpected communion. Although Bridges makes a most appealing bumpkin hero, it is the female characters who really enrich the film. Grant worked with Ashby again in Shampoo, and that role of a lascivious Beverly Hills matron finally won her an overdue Oscar.

Read Farber’s TCM Fest 2017 reviews of David and Lisa and Lady in the Dark.