Death of a dancer: Gary Bates 8 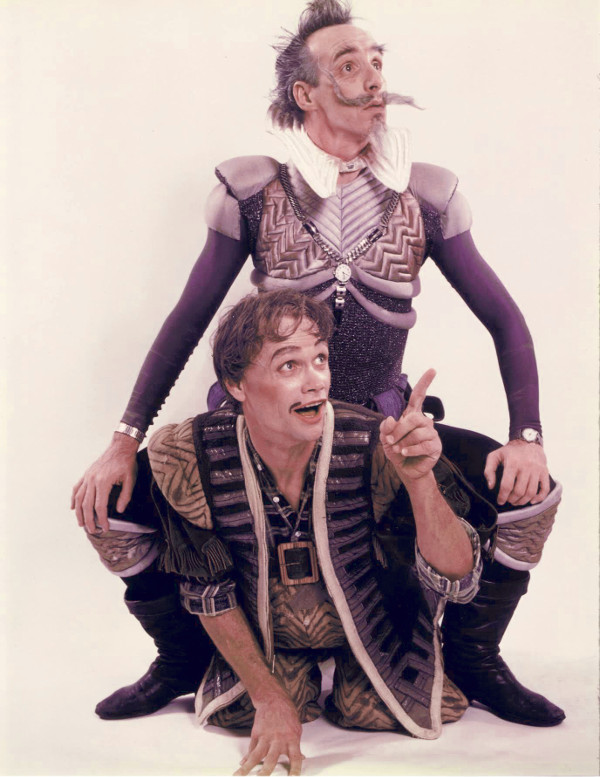 In this image from the Los Angeles dance troupe, Eyes Wide Open Dance Theater, Fred Strickler (top) and Gary Bates (bottom) appear in “Don Quixote,” choreographed by Bates to the music of Steve Reich. Bates, who was a cornerstone member of the Los Angeles dance community, passed away on April 15, 2017.

Bates’ contribution to this community  started in 1960 when he joined the Eugene Loring Dance Players. At the American School of Dance, Loring’s school in Hollywood, he studied with members of the Ballet Russe, Roland Petit’s Ballet Company as well as Broadway and television dancers and choreographers.  His modern dance training came from the Lester Horton Dance Company, including Bella Lewitzky. He also trained with Carmelita Maracci, Mia Slavenska, Jack Cole and Carol Scothorn.

In 1974 he made his solo debut at the Monday Evening Music Concert Series at the Bing Theatre in a 45 minute solo of Peter Maxwell Davies Vesalii Icones . Later that year he and several friends co-founded the Eyes Wide Open Dance Theatre which was a major influence in Los Angeles for the next five years. He was a guest artist with the UCRiverside Dance Company, the UCLA Dance Company, Dance/LA and Lynn Dally and Dancers. He retired from dancing in 1990 but performed again with Marion Scott’s Spirit Dances in 2003 and 2004. In 2004 he received a nomination for his dancing from the 2003 Lester Horton Awards.

He has taught at Florida State University, UCLA, Scripps College, Santa Monica College summer program and Loyola Marymount University from 1968 to 1990. He has also been a guest artist at Cal Arts and UC Irvine. He has also taught in private studios in Los Angeles, Miami and West Palm Beach.

The score for “Don Quixote” to be played at an upcoming concert of Jacaranda.

8 thoughts on “Death of a dancer: Gary Bates”