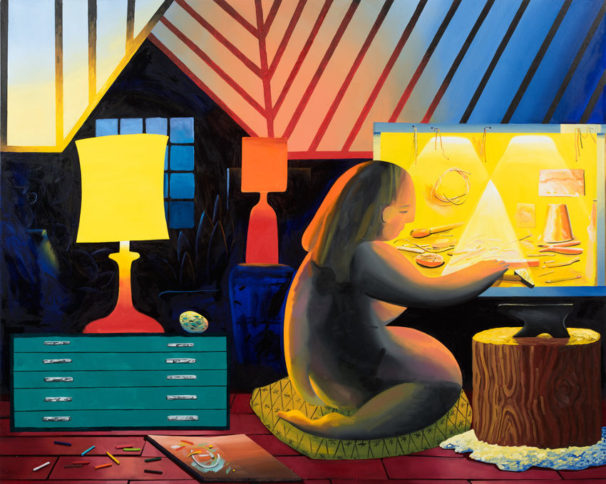 I like these vivid oil paintings by French-born artist Eleanor Swordy soon to be showcased at Moskowitz Bayse in Los Angeles. And I admit being intrigued by the show’s title, “Who Died?”

Both the title and the imagery on display in this female artist’s work — the geometric shapes, the primary colors, the bulky human forms — indicate a hunkering down in a primordial mode. It comes at a time when the upward march of civilization feels if not thwarted then certainly paused by the ascendance to power of some pretty primitive minds. The workshop, above, relays that we must return to making simple objects. The campfire, below, indicates a place of communion to which we may all soon return. In the meantime, meet at the art gallery? 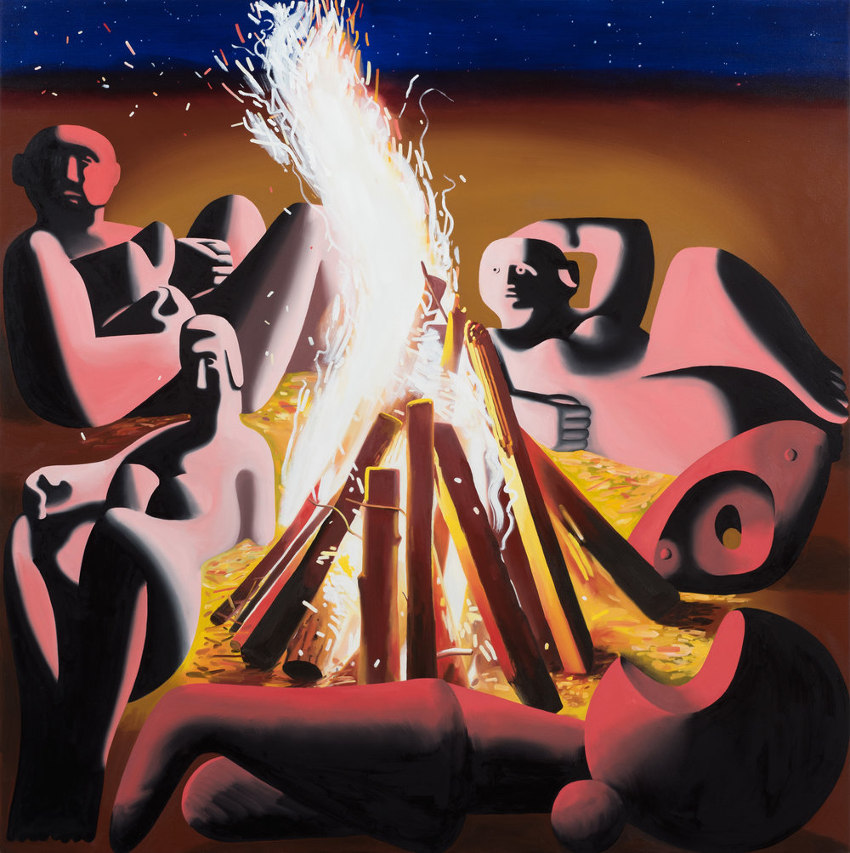 Eleanor Swordy (b. 1987, Paris, France) received her BFA from The Cooper Union. Her work has been the subject of a solo exhibition at Full Haus in Los Angeles, and has been included in group presentations at Moskowitz Bayse, TYS Gallery in Copenhagen, and The Hand, The Old School House, ABC No Rio, Robert Goff Gallery, and Envoy Gallery in New York. She lives and works in Woodstock, Vermont.