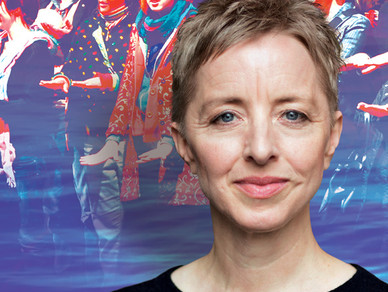 One of many, many highlights of being a Fellow, this fall, at The Center for Ballet and the Arts at NYU has been encountering the dancer/author Dana Caspersen.

For three decades, Caspersen was a leading artist with Ballet Frankfurt and the Forsythe Company, and a primary collaborator of choreographer William Forsythe. As a dancer, she manifests the slippy-slidey, off-kilter poses that Forsthye fancies. Thus she is someone the dance world might happily label “such a beautiful dancer.”

Yet she is much more. 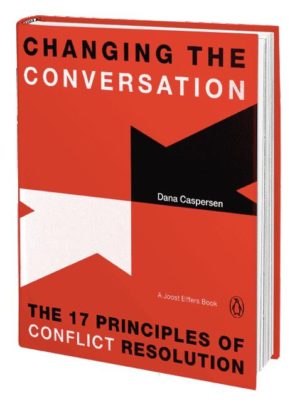 Caspersen is also a ‘conflict specialist.’ Her work focuses on empowering individuals to affect change in destructive systems. So it was fascinating to participate in a multi-layered beta test she has developed to explore the use of the body in breaking the boundaries of traditional modes of communication.

She is using non-verbal methods to respond to the many cultural assumptions that are causing so much strife and conflict in our world.

The case study Caspersen launched on a bunch of willing guinea pigs — dance critics Wendy Perron, Elizabeth Zimmer and choreographers Karole Armitage and Annie B. Parson among them — used simple walks and talks; answering provocative questions not with words but by beating rhythms with hands; and aping and mirroring the body language of others in an exercise of empathy. 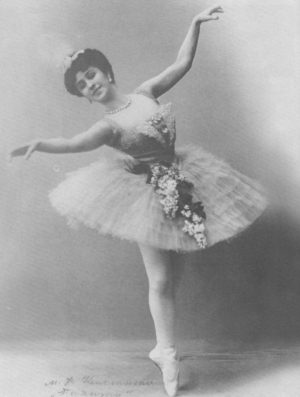 Several days later, it was an equally  beautiful experience when Caspersen led several of the Center’s Fellows in a non-professional ballet barre. It wrenched us writers from our computers so we could bend-and-stretch.

Caspersen’s extreme application of the dance concept of épaulement — a torquing of the spine, shoulders and head in hearty opposition to the use of legs and feet — lent a totality and circularity, a rich line, that called to mind the early ballerinas.

In the photo Imperial Russian ballerina Mathilde Kschessinskaya pitches and twists her torso perilously off center.

I find it fascinating that Caspersen, a dancer who takes physical journeys that pull her off balance, is applying a similar sense of adventure to the possibility of addressing intransigent social problems.