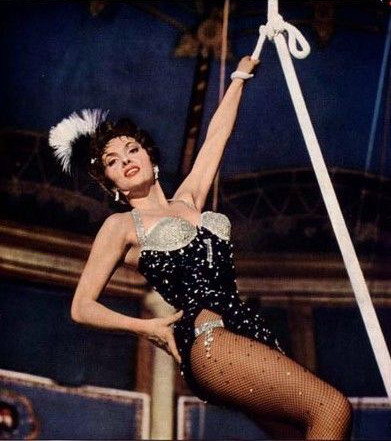 So much fun, at Friday’s TCM Fest 2016, to view director Carol Reed’s marvelous Cinemascope circus movie, “Trapeze,” a color-drenched treatment of a world gone-by; the setting, a circus smack in the middle of Paris. 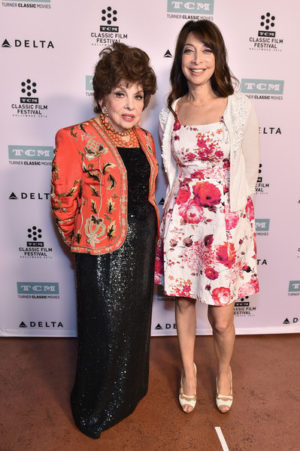 Introduced by Illeana Douglas, for TCM, as “the first continental sex symbol of post-war Europe,” Lollobrigida, still in marvelous condition at 87, gave a vivacious interview full of fond memories. At the outset she admitted, “I stopped the movies because I wanted to be a photographer — to see the world and how people lived.” The Italian actress avidly took up photojournalism, modeling on the best of the best, the Hungarian Robert Capa.

Lollobrigida famously photographed world leaders Indira Ghandi (“I love India,” she said) and Fidel Castro, whom she dryly noted, “was more anxious to see me than I was to see him.”

The resilient and endearing “Trapeze,” still plays so well. It’s a super fun movie awash in melodrama, with wonderful camera set-ups capturing harrowing action zooming ’round the circus ring and high above it.

The then 30-year old actress was pals with her director. “I was very, very close to Carol Reed,” said Lollobrigida. While filming, “we were talking during the night,” then self-corrected with a verbal wink, “during the evening!” 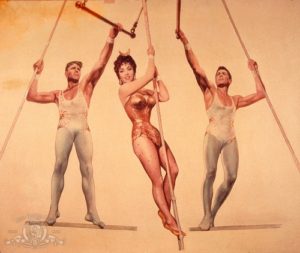 To prepare the Italian bombshell for her role, the film’s producers installed a small trapeze in Lollobrigida’s backyard in Rome. “I thought it would be easy, but holding that rope, I had blood on my hands.”

Visiting Paris’s rough-and-tumble Cirque d’Hiver, the permanent winter circus where filming took place, “Trapeze” star Tony Curtis’s wife Janet Leigh commented on the stench. It cannot have been an easy shoot. Indeed Lollobrigida’s body-double broke her nose and had to step down from action. The durable Lollobrigida proved unstoppable, however. “I doubled for my body double,” she quipped.