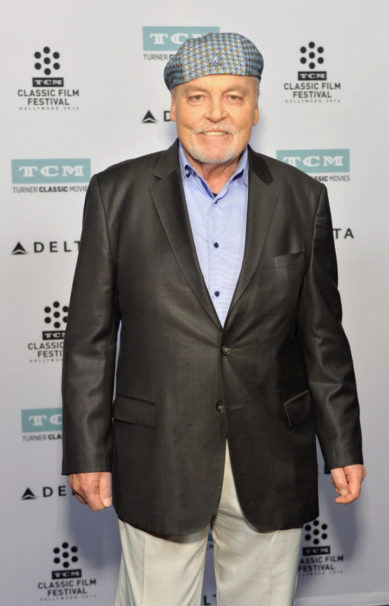 “I was a hero that day,” Stacy Keach told a TCM festival crowd Sunday afternoon. He was talking about the time, on the movie set of “Doc” in Almeria, Spain, when the legendary filmmaker John Huston paid him a visit, hoping he would star in his next feature, Fat City.

There may be no conventional heroes in that 1972 drama, but it’s suffused with the heart and grit of the unsung. Set in down-and-out Stockton, California, among barflies and small-time boxers, it captures three powerful performances from actors who were just beginning their big-screen careers: Keach, Jeff Bridges and Susan Tyrrell, whose spectacularly blowsy-but-childlike turn as a boozer received an Oscar nomination.

For Huston, who’d been struggling to click with audiences, Fat City kicked off a robust last phase of a long, prolific life in film. It’s among the director’s best work — and in a filmography that includes The Misfits, The Asphalt Jungle and The Treasure of the Sierra Madre, that’s no small thing.

In conversation Sunday with film noir expert Eddie Muller, before the festival’s screening at the TCL Chinese Theatre, Keach peppered his reminiscences with a fine Huston impression. He noted, with a touch of wistful paradox, that he’d recently had his left knee replaced; in Fat City, he held his own in the ring as Billy Tully, a 29-year-old has-been who’s mounting a comeback of sorts, and sort of mentoring Bridges’ green-behind-the-ears novice.

aving received training from world champion light heavyweight José Torres, and advice from Robert Ryan (“Keep your shoulders moving”), Keach found the “blow-by-blow, step-by-step” choreography for his big fight scene tossed aside at the last minute. “Go out there and beat the hell out of each other,” Huston told Keach and Sixto Rodriguez, who played the ailing boxer Lucero.

But for all their authenticity, the fights aren’t the main show in Fat City. What makes it indelible is the loneliness, disappointment and perseverance pulsing through its every detail, and alive in every face that appears onscreen. It’s in the way the celebrated cinematographer Conrad Hall lights and frames each moment, from drunken laments to Lucero’s post-fight walk down a dark corridor; from scenes of toil in the onion fields under a blank sun to the doleful beauty of the final sequence between Keach and Bridges. Muller recalled seeing writer Leonard Gardner, who adapted his novel for the screen, wincing at hearing someone refer to the movie’s characters as losers. For him, they’re fighters all. 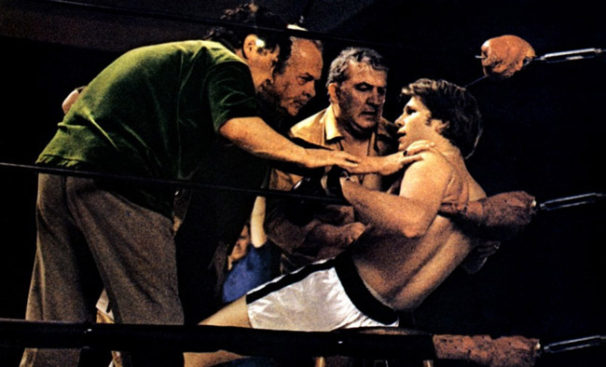 Fat City might show up on revival lineups from time to time, but to see it on the giant screen at the Chinese was an extraordinary treat. The way its so-called small lives fill the screen is a testament to everyone involved in the making of the film. And Sunday’s event is a testament to the TCM festival’s programmers, whose understanding of the primacy of the big screen breathes new life into little-seen gems like this one.

Forty-four years ago, Columbia Pictures distributed the Huston/Ray Stark production. With today’s insistence on formulaic redemption arcs, predictable dramatic beats and three-act construction, it’s hard to imagine a contemporary Hollywood studio picking up such a tale of desolation, however exquisitely made. As Keach put it Sunday, with perfect succinctness, it’s a story in which the characters go “from Point A to Point A.” How do you sell that?