Generous pours of crisp Sancerre. Platters of gooey cheese. Smoked salmon and fresh shrimp cocktail. A complement of pristine patisserie. Perhaps not your typical luncheon fare for a workaday Monday.

But on the day following the Academy Awards, it proved a bountiful buffet at a plein air reception for the cream of the crop of Francophone film makers — those talented and lucky people to have been nominated or to have won Academy Awards in 2015. 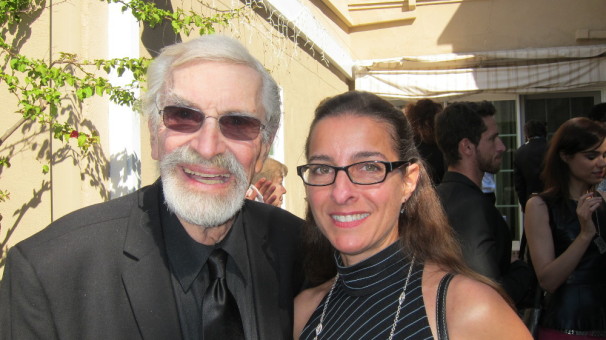 French community members and the many France-friendly inhabitants of Hollywood joined the visiting film folk in being hosted by the genial French Consul General in Los Angeles. Axel Cruau toasted his guests with panache and elegance, giving high praise for all the films represented at the reception. But he shared particularly fervent words for “Timbuktu,” the best foreign-language film nominee whose director Abderrahmane Sissako, producer Sylvie Pialat and screenplay writer Kessen Tall were among the gathered:

If you have not seen this movie yet, you not only should, but you must see it. It is a movie that makes you realize that suffering knows no borders, whether you live in Timbuktu, in Copenhagen or in Paris. It makes you touch the banality of modern evil, and also its complexity.

It makes you see, with much force and such beauty that resistance against barbarity, through a decent life, through the arts, through music, to stay human, simply human, is not only possible but necessary. In a world with no compass, it reminds us where we stand, why we democracies and decent people have to fight. There is no happiness without freedom and no freedom without courage.

“Timbuktu,” also an arts·meme pick, is still in theaters in Los Angeles.

Surely the star of the event was the tall Oscar-winning film composer, Alexandre Desplat, eight times nominated (an astonishing twice this year) and winner for “The Grand Budapest Hotel.” 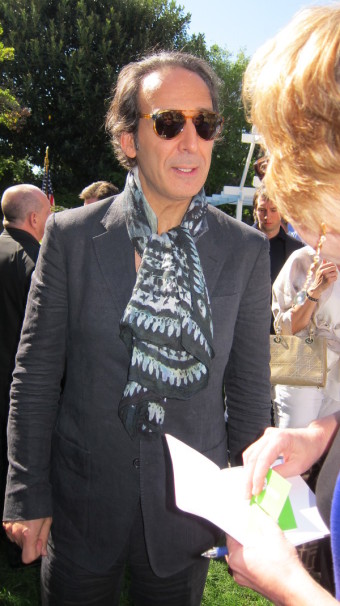