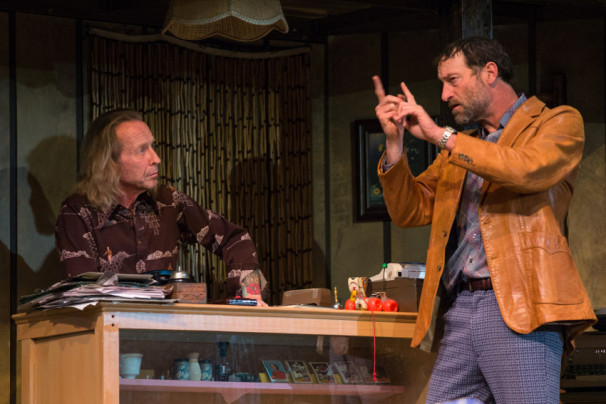 In the photos, actors playing a trio of small time Chicago criminals (Troy Kotsur, Paul Raci, Matthew Ryan Pest) stammer, stutter, sputter, and spew the kind of rat-a-tat-tat verbal-jousting that characterizes the dialogue of David Mamet. It’s on offer in a new staging, just opened, of the playwright’s groundbreaking two-act play from 1975, “American Buffalo.” But this production by Deaf West Theatre in tandem with Cal State L.A.’s Department of Music, Theatre and Dance brings the noise all the way down to mute level. 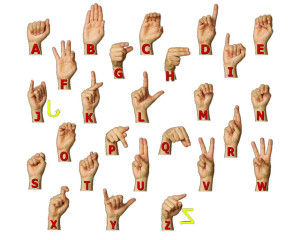 Deaf West Theatre famously mixes in deaf and hearing actors in productions performed simultaneously in American Sign Language and spoken English.  The dialogue-dense American Buffalo, which powers on highly-charged, naturalistic language seems to be an unusual selection. But the Mamet text lends itself to translation into ASL, according to Deaf West artistic director, David J. Kurs.

“Mamet’s rhythms are grounded in the way people actually speak, and they share a close kinship with the ebb and flow of conversational sign language,” says Kurs. “The way [his] characters communicate through broken thoughts and unfinished sentences also reflects the frequent communication gap between deaf and hearing people.” 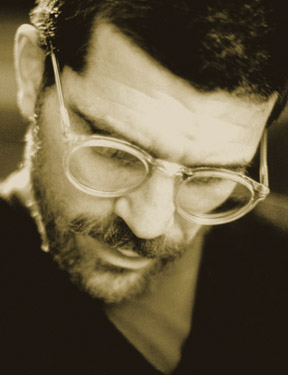 Really? A Mamet play that traverses the playwright’s verbal jungle via non-sound communication? Where the (sporadically) spoken dialogue trails off or goes missing entirely, then enters the power of physical expression — everything that face, hands and bodies can convey. The signing, in fact, has its own theatrical intensity, even beauty. Enhanced by a smattering of spoken lines (delivered via headsets for hearing audience members) and judicious use of supratitles, it all colludes to place even more focus on Mamet’s words, not less.

“The play is about isolation,” says “Buffalo” director Stephen Rothman. “It speaks to being on the outside looking in.”

That it achieves effectively. My first encounter with deaf theater (on opening night, I enjoyed being seated amidst many deaf audience members) felt profound. We all grapple with isolation, don’t we, a reality of the human condition that is not contingent on the sound of a voice. And a theme that resonates within the non-hearing community and beyond, both on-stage and off.