Library of Congress ABT exhibit to roost at Disney Hall 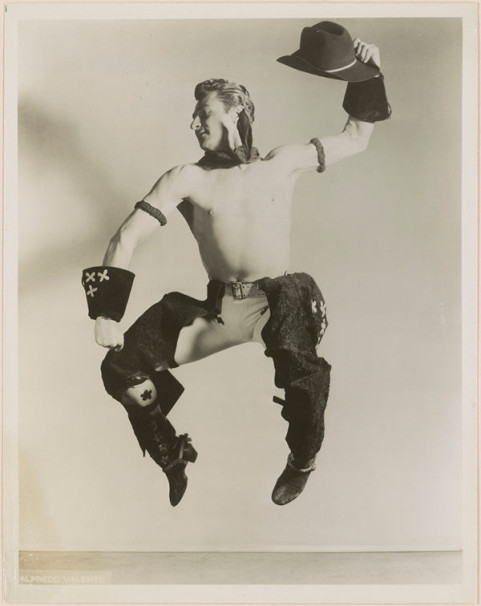 In this photo dated 1938, dancer John Kriza stars in choreographer Eugene Loring’s characteristically American ballet about the notorious outlaw, Billy the Kid. Loring created the work for George Balanchine’s Ballet Caravan to a score by Aaron Copland. American Ballet Theatre first performed the work in its Chicago season in November 1940.

[Loring’s significant southern Californian history includes running the American School of Dance, the go-to ballet school of the 1950s on Hollywood Boulevard and helping to found the dance department at UC Irvine.]

This image and more, including memorabilia, will be on display in the neat art gallery on the first level of Disney Concert Hall starting March 1.

It’s a big honor for Los Angeles happening concurrently to the world premiere of ABT’s new production of “The Sleeping Beauty” at Segerstrom Center for the Arts.

The exhibition American Ballet Theatre: Touring the Globe for 75 Years, will be on view through August in Disney Hall’s Ira Gershwin Gallery.

The exhibition materials have been drawn primarily from the Library of Congress’ American Ballet Theatre Collection, as well as from its extensive dance and music collections.