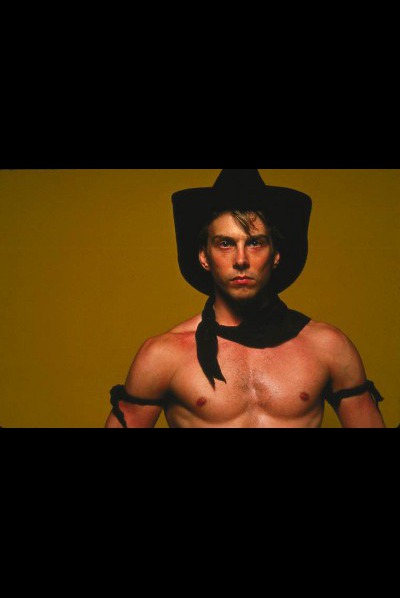 Yes, we now live in a different world. But honestly, don’t you wish you could see more of this?

This great set of Herbert Migdoll photos lives in the archive of the New York Public Library for the Performing Arts. Tom Mossbrucker, seen in the lead role Billy. Now the co-director, along with Jean-Philippe Malaty, of the Aspen Santa Fe Ballet, Mossbrucker remembers this:

“It was one of the highlights of my career to perform in such a masterwork. I remember performing it in an ancient outdoor amphitheater in Granada, Spain. I was there alone on the stage under the stars and moonlight and I could hear dogs howling in the distance. It was thrilling.

“The piece is not a solo.  But there was a section where Billy is alone, in the prairie, hiding out! The image of the hand in front of the face is meant to convey hiding in the brush. I used to love that.”

To give a little context, in 1938, the year Loring made “Billy,” George Balanchine was in Los Angeles, having just choreographed “The Goldwyn Follies,” on Vera Zorina soon to be his wife. And Earl Carroll was building his groovy revolving stage cabaret.