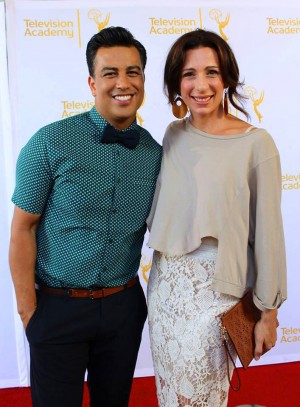 Commercial dancers have more fun. That was abundantly clear at last Sunday’s bang-up showcase and reception hosted by the Academy of Television Arts & Sciences in honor of the nominees for this year’s Emmy Award for Best Choreography.

[At the “Creative Arts Awards,” given in advance of the 66th Primetime Emmy Awards, August 24, the Emmy for Best Choreography 2014 went to Nappy Tabs, Tabitha and Napoleon Dumo (at left), for contributions to “So You Think You Can Dance,” the second such award for the duo.]

The Academy event opened with a celebratory performance, delightfully compact at one-hour long, and hosted by Jesse Tyler Ferguson (Modern Family) doling out amusing dance jokes to a receptive crowd.

The program’s highlight was a rambling work by dance maker Tony Testa, whose spidery choreography tugged at the underbeat of George Harrison’s plaintive “While My Guitar Gently Weeps.” Testa’s willingness, and ability, to expand on hip-hop’s expressive capabilities was noteworthy, if only in his charming and unexpected music selection.

The Television Academy continues to win new dance friends, on this occasion by praising dance’s strong  presence on television. Most notable were remarks by Academy President Gail Mancuso, herself a director, who called choreographers a director’s valued partner. 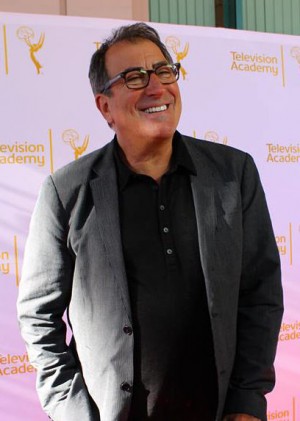 Director/choreographer Kenny Ortega, a much revered member of the community, spoke in turn, graciously acknowledging ATAS, and television, in general, as a welcome home for dance and dancers. He encouraged choreographers to join ATAS as members for any number of reasons, but a primary perk: to influence voting for Best Choreographer Emmy.

Already high on good vibes, the entire audience then transferred to ATAS’s outdoor plaza for a raucous cocktail hour. If success is measured in decibel levels, ATAS’s midsummer night’s sip-and-schmooze party for dance was a huge win.

But something’s going on here beyond just fun.

There’s a sneaking suspicion that the commercial-dance realm is fostering some of the art form’s most groundbreaking creativity. Certainly it is high spirited, but there is also a growing level of craft on view, ideas as well And it’s happening in Los Angeles.

It could be the accrued impact of 11 broadcast seasons of the influential “So You Think You Can Dance.” (With genial producer Nigel Lythgoe in the house, comedian Ferguson tried to pronounce SYTYCD, the show’s impossible acronym.) It may be due to the uptick in interest in dance for the camera — both its history and its future. It’s may be the hordes of young people who are finding an expressive outlet in hip-hop—along with break dancing, now a thirty-year-old, codified dance form. 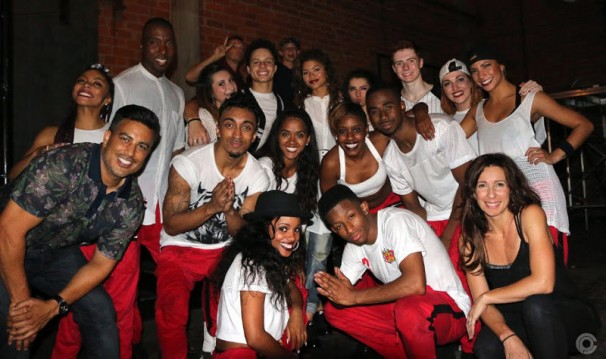 One week after the ATAS party, the action shifted to the city’s easternmost reaches, its burgeoning arts district, where “The Monsters Show,” a Baltimore-based semi-professional dance showcase, detonated in five performances more than exceeding its promissory title “Madness and Mayhem.” In a good way — especially if you dig high-octane nonstop athletic/acrobatic dancing coming at you for two hours.

“Monsters” producers Tabitha and Napoleon Dumo smartly exploited their unusual venue, a gritty industrial warehouse, to thrilling effect. (This type of off-the-beaten-track destination more typically claimed by only the most adventurous of contemporary modern dancers.) The show, a tour de force and a literal tour for spectators (there was no traditional seating as in a theater), was steeped in urban squalor, if not outright risk and danger. And out of the decay arose a lot of life.

Three highly creative (if underlit) one-act dances served as edgy appetizers in adjoining darkened chambers prior to the main show — a vast dance hoopla delivered by a core group of about fifteen really superb dancers in the warehouse’s biggest space. 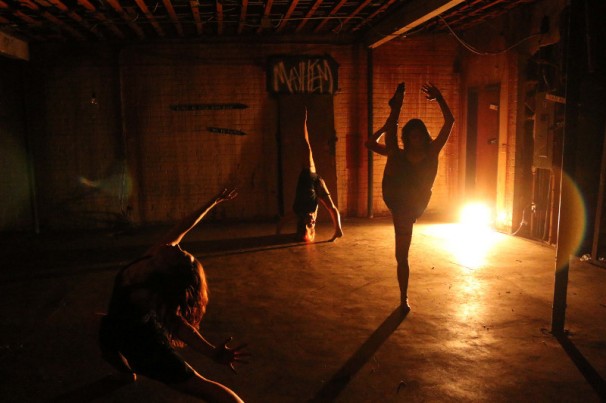 I was caught off guard by choreographer Tabitha Dumo’s marvelous wit in a work dedicated to time, set to the sound of a ticking clock … a quaint anachronism in our digital age. The work featured a kind of ‘Mat Hatter’ emcee (dancer Emilio Dosal dressed in authoritative striped trousers), who cajoled the audience first that time is running out and then to pay no heed to its passage. In the dance, as well, two children (a concern of the choreographer, as she is a new mom; however, performance by and about children is an art-world trend). A boy, donning an old-fashioned dunce cap, scribbled over and over, as if punished, on a chalkboard. Across the room, a girl romped on an enormous ceiling-swing, a bizarre and dislocating sight. In between these two prattled the Hatter. 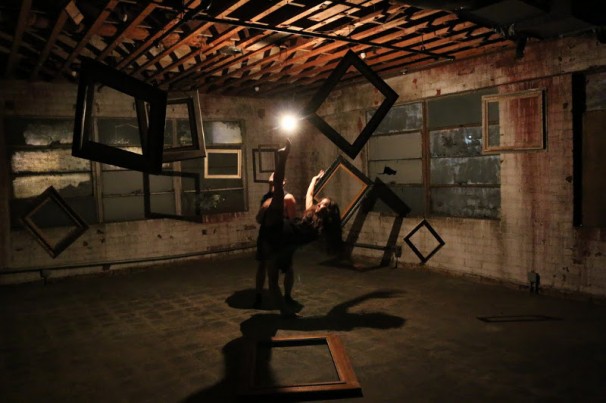 There was barely time (or light) for the audience, meandering around trying to avoid getting goosed by darting performers, to process the meaning. We were soon ushered, in this dark House of Usher, to a over-sized warehouse-performance space, where rolling aluminum doors served as curtains and modular 8-foot-high wheeled platforms were stages. There we were overfed a rich diet of hyper-charged hip-hop/acrobatic dance numbers rather flawlessly executed by “Monster”‘s tireless young cast.

To thumping industrial house music, the dancers, kids most selected at various “Monsters” dance conventions across the country, performed massive amounts of dance material — an unimaginable volume of choreography — with nary a discernible error or lapse. They did it not for the money (there was none, for them) but for the networking; for the connection to a wildly engaged audience of family, friends, agents and vips; for the camaraderie, and the love of dance. The madness and mayhem was infectious, it was crazy, fun and wearying — and incredibly well performed. Despite trepidations over unpaid performers, way-too-dark and certainly dirty performance conditions, and scary high platforms giving rise to dance injuries, I’m a reborn “Monsters” fan. For this dance critic, a welcome step through the looking glass.