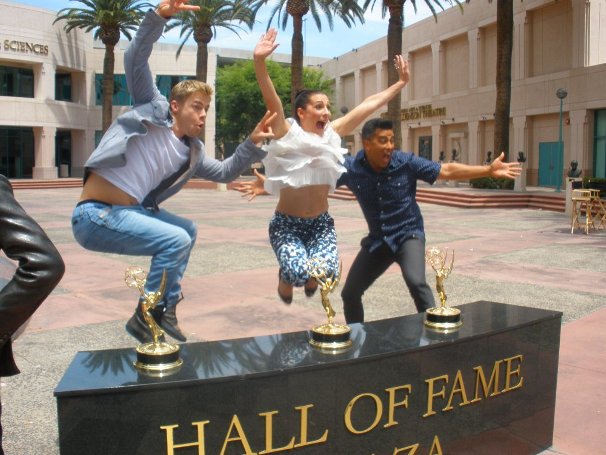 Derek Hough, Tabitha and Napoleon Dumo (@Nappytabs), all Emmy Award-winning choreographers, advocated for the art of dance-on-camera by appearing, at the invitation of the Television Academy, in a new video geared at strengthening the status of choreographers at the Academy. 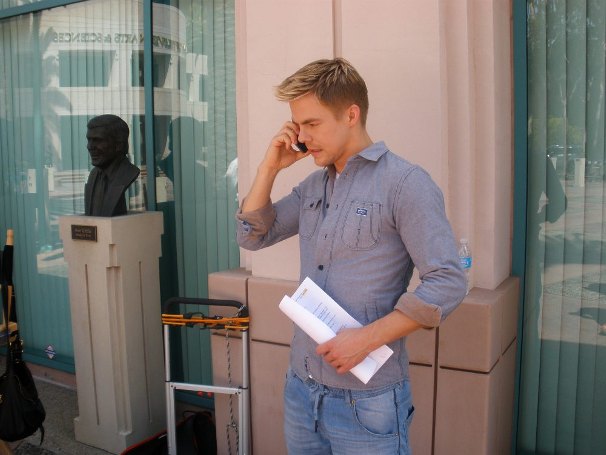 And baby made four … London Dumo, son of NappyTabs, 1.5 years old, also made an appearance at the shoot. But the wise youngster chose to pass his time not schvitzing in the hot sun (filming, like his parents), but parked in a shady corner, in his stroller, contentedly scrolling on his IPad.

The video, now under production by ATAS pros, strongly encourages qualified choreographers to join the Academy as members. In return, they’ll enjoy a slate of benefits, key among which: the eventual creation of a “peer group” for choreographers, a necessary vehicle by which dance experts can influence the vetting, nomination, and final voting for the Primetime Emmy Award for Outstanding Choreography.

The talented artists romped through a prepared script, then improvised wittily under the watchful eyes of the savvy dance professionals who instigated the membership campaign: choreographers Christian Perry and Michael Rooney and dance super-agent Julie McDonald.