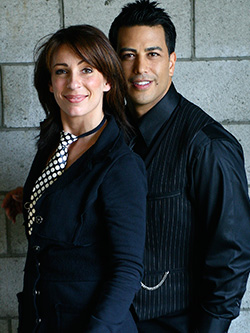 In an historic first, the Emmy Award for Outstanding Choreography (nominees here) has been moved to the Primetime Emmys, that is, the on-air show, widely broadcast this Sunday evening, giving the art of choreography yet another creative boost in Hollywood.

In past years, the choreography Emmy has been presented during the “Creative Arts” Emmys the week prior to the primetime show. It’s real evidence of the impact of the television dance competition  programs, which are also making a difference for dance in our culture.

Dance on television is enjoying a true resurgence. I love that people who were never exposed to dance now know the terminology! The craft of choreography is finally being appreciated although it is still misunderstood. Still, we have come a long way. Bravo!

The nominated choreographers have assembled to create an opening dance number around host Neil Patrick Harris.

Nominated for Best Choreography in a Television show:

Peruse the super-interesting list of prior winners for choreography in television broadcasts on Wikipedia.