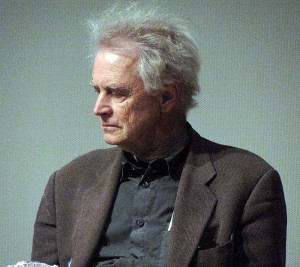 The most important film screening in a weekend full of interesting ones (see this week’s “Clips” column for more on that) is the American Cinematheque’s Friday night presentation of Thom Andersen’s new and improved version of his influential, paradigm-shifting and pretty damn funny essay film, “Los Angeles Plays Itself, ” on how the city has been used as both backdrop/stand-in location and as literally itself.

At the time that I reviewed Andersen’s masterpiece for Variety ten years ago at its Toronto Film Festival world premiere, I noted while Los Angeles “may be the most photographed city in the world…it has never been captured with such complex layers of meaning and fascination…” (Variety’s recently revamped site has yet to web-archive the review, so a link can’t be provided here.) 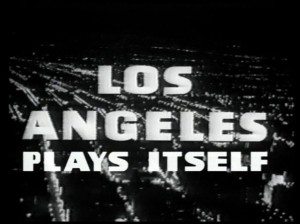 The refreshed—or as Andersen terms “remastered” —version includes a replacement of nearly all of the film’s hundreds of sourced clips (switching out from videotape and laserdisc to DVD and Blu-ray), plus a few changes in the movie selected to illustrate Andersen’s ideas. Andersen has retouched a few other things, like the aspect ratio (it’s 16:9 now, rather than 4:3), shifting the intermission to the 92-minute mark, trimming and expanding a few scenes.

At a new 170-minute running time, Andersen says “the whole thing is two or three minutes longer, but I hope it will seem shorter.”

Simultaneously at downtown’s Central Library, Sundance programmer John Nein hosts a discussion, “The Past, Present and Future of Cinema Culture,” with Los Angeles Times film critic Kenneth Turan, wherein host and guest will talk about the state of the city’s movie-going scene. This one’s sold out, so the option of Anderson’s version 2.0 is a no-brainer. 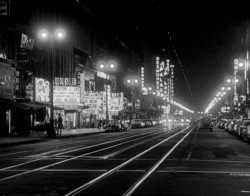 Besides, any first-time viewer of “Los Angeles Plays Itself” is guaranteed to have their mind and perceptions of this city and its place in cinema history—even cinema itself—altered by Andersen’s work. (I permanently retired the use of the vile term “L.A.” from my vocabulary after Andersen definitively explained why it was so vile.) And besides, right here, right now, we can tell you all about the state of the city’s movie-going scene.

Speaking of Toronto, having just returned from the 38th edition of the world’s largest film festival, the juxtaposition of movie-going in both cities became a prominent issue for me. Not only because I recently lamented in this column about the sorry, fragile state for adventurous films in Los Angeles commercial release, in which key movies of the moment like Andrew Bujalski’s “Computer Chess” die a quick nine-day death, but because of the weird state of things in Toronto. 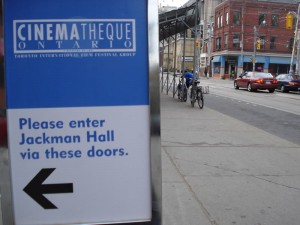 Canada’s largest city was once home to well over a dozen venues offering diverse and risk-taking presentations, led by the important Cinematheque Ontario located at the Art Gallery of Ontario. The festival’s massive growth and success not only turned it into the center of attention at the beginning of the fall festival season (eclipsing even the world’s oldest event in Venice), but helped create a new entity entitled TIFF, the umbrella organization encompassing both the festival and year-long programming at its massive TIFF Bell Lightbox in Toronto’s busy entertainment district.

The city has become a victim of TIFF’s success. Those alternative venues, beloved by longtime Toronto cinephiles, have shriveled away. Now, these folks say, they have to venture to the Lightbox for almost any alternatives to the standard commercial fare, such is the total monopoly that TIFF has on the city. For ten days a year, Toronto is an extraordinary global meeting place and locus of international cinema. The other 355 days aren’t so hot.

Now, compare this situation to Los Angeles. It’s instructive that neither AFI Fest (coming this November) nor the Los Angeles Festival (you won’t hear us calling it “LA Fest” over here, no sirree) are so ginormous nor such global phenomena that they’ve swallowed up everything else in sight. 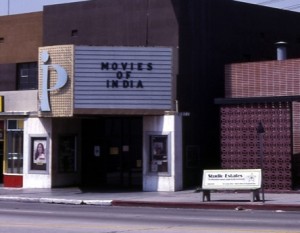 The range and spread of alternative cinema viewing in Los Angeles is second only to New York among American cities, and this is even with the closing of such beloved single screen cinemas over the years as the Fine Arts, the Four Star, the Picwood, the Picfair, the Toho La Brea, the Shochiku, the Vagabond, the Tiffany, the Canon, the Beverly, the Nu-Wilshire, the Loyola, the La Reina, and so, ad infinitum, amen. 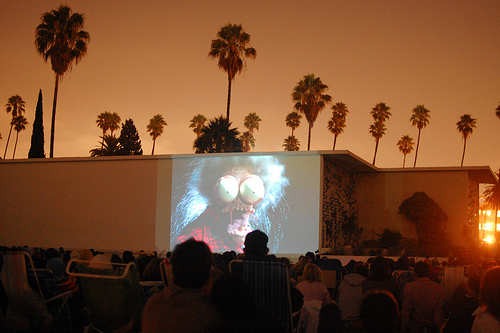 That’s 34 venues/organizations (and about 60 screens), and I may be leaving out a few. I might want to revise what I stated before. Los Angeles likely has more alternative venues than New York; it emphatically has superior screening facilities to New York’s generally atrocious cinemas (compare, if you will, the DGA rooms here to New York’s); it boasts many single-screen cinemas where New York has nearly none; although it has no comparable equivalent place with the year-round programming depth of the Film Society of Lincoln Center or MoMA. In any case, Los Angeles is leaps and bounds beyond any other (non-New York) North American city for sheer numbers and range of week-to-week, month-to-month cinema programming. Some places, like Cinefamily, New Beverly, UCLA Film Archive, American Cinematheque and REDCAT, have well-established international reps to match their hard-core bases of audiences.

Put aside the “Computer Chess” dilemma. Put aside the fact that many vital new films are missed/ignored/rejected by our resident festivals and venues. The state of things in Los Angeles, especially in light of such supposed new film centers as Toronto, is just fine, thank you.