Koehler on Cinema: The Act of Killing Original Movies 2 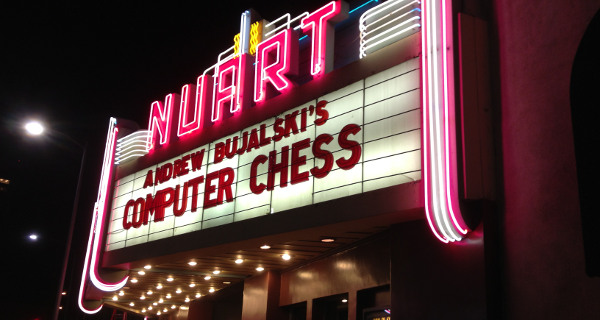 It’s a familar Los Angeles dilemma. Great movie opens in ultra-limited release to rave reviews. It runs a week (at best, two), then dies. If it hasn’t happened a dozen times, it’s happened a hundred, maybe a thousand.

Major, groundbreaking work by our finest living filmmakers, from Apichatpong Weerasethakul to Lisandro Alonso to Kelly Reichardt to Nuri Bilge Ceylan, may run for weeks in New York, Seattle, the Bay Area or the Twin Cities — but they fade fast in Los Angeles. The distributors who handle these films—almost always with tender loving care—and the exhibitors who screen them have complained about it for years. 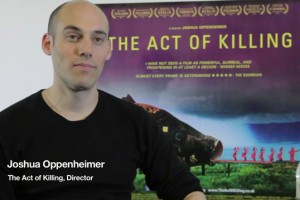 This week marks two of most vexing examples of this sorry stain on our moviegoing city. “The Act of Killing,” Joshua Oppenheimer’s stunning look inside the world of Indonesian death squad members, and “Computer Chess,” Andrew Bujalski’s fourth and most original movie about a weekend’s worth of 80s-era compu-chess going off the rails, are on the verge of dying in Los Angeles after short cinema lives.

“The Act of Killing,” distributed by Drafthouse Films, ran two weeks at the Landmark and Downtown Independent, while “Computer Chess,” handled by Kino Lorber, ran a grand total of one week at Landmark’s flagship Nuart Theatre. Both have enjoyed fabulous festival runs (full disclosure: I was a member of the New Directors/New Films selection that picked Oppenheimer’s film for that program’s lineup), received near-unanimous raves (Rotten Tomatoes scores for “Killing” and “Computer” are 98% and 85% respectively), and enjoyed nice coverage in both the Los Angeles Times and LA Weekly, which plastered a feature and a strong Aaron Hillis review across a full, ad-free page.

The reward for all of this? Such low audience turnout that they’ve both been quickly ushered to Saturday-Sunday 11 am matinees at Laemmle’s Monica Theatres, where many a great film has migrated for its last (cinema) rites.

Now, neither film can remotely be termed “commercial.” Indeed both are resolutely, even radically, original. So original that I’d say they comprise two-thirds of the year’s truly original American movie output so far—the other third being Shane Carruth’s “Upstream Color,” another movie that died a quick death.

How original? Although Oppenheimer isn’t the first filmmaker to convince political murderers to recreate their crimes (to my knowledge, the great Cambodian documentary filmmaker Rithy Panh was first with his “S21: The Khmer Rouge Death Machine”), his ability to reveal their utter pleasure and joy in the service of sadism and oppression is unheard of, and it accounts for the movie’s unsettling ghoulishness. Even more astonishing is Oppenheimer’s longer version, structured differently, that’s considerably creepier; it screened at both CPH:DOX in Copenhagen and New Directors, and will hopefully soon resurface. 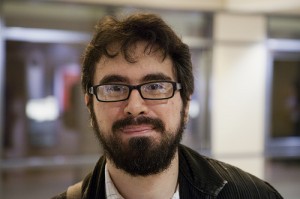 Bujalski (“Funny Ha Ha,” “Beeswax”) is the man rightly or wrongly credited with bringing us the now-faded mumblecore style. But he’s moved far beyond such constraints with “Computer Chess,” which cleverly reimagines the universe of a mid-80s contest between computers engaged in chess matches, overseen by young programming geeks at a budget hotel in Anywhere, USA. Shot on a Sony (black-and-white!) analog video camera of that era’s vintage, Bujalski’s work isn’t nostalgia but genuine surrealism, in which the logical outer core of the narrative is eaten away by narrative worms from within, perfectly echoing the themes of the limits and possibilities of Artificial Intelligence, determinism vs. free will, logic vs. desire, even the chessboard’s (and movie’s) black vs. white, all underlying a work that almost invisibly shifts left brain to right.

There’s nothing remotely resembling these two movies playing anywhere. They both resolutely, and with absolute conviction, lay down total worlds into which we enter and cannot escape. They both happily violate expectations and conventions. Unless you see them immediately they’ll be gone from any big screen. The bigger concern is that such quick fades send a message that it’s not even worth releasing such movies in Los Angeles. New York audiences see several dozen foreign-language films annually that never make it here. When great American-made movies cannot even make it in Los Angeles, the future for exhibiting truly original new films looks dire.

2 thoughts on “Koehler on Cinema: The Act of Killing Original Movies”