Oscar was a dancer 2 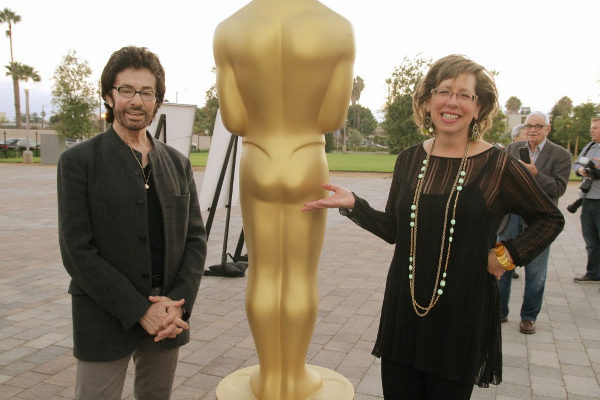 Writes Larry, “The “original Oscar” was a dancer named Emilio Ferandez who modeled for the Academy Awards statuette. Actress Dolores Del Rio, with whom Emilio was good friends, introduced him to her husband, art designer Cedric Gibbons. Fernandez was convinced to pose naked, with a sword, to create the statuette known today as ‘Oscar.'”

Then adds Larry with a wink, “Dancers have always “owned” Hollywood.”

Below, an except from (the soon to publish, we hope) “Film Dancers,” the companion work to Larry’s “Film Choreographers and Dance Directors” (McFarland, 1997). 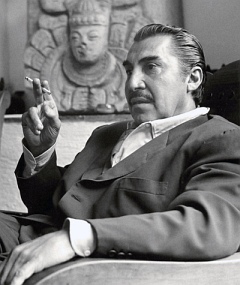 Latin dancer. Dancer-actor-writer-producer and director. One of Mexico’s most prolific – and colorful – film figures actually began his career as a dancer in films.

The son of an Indian mother and Spanish father, as a teenager, he was given a 20-year prison sentence for being an officer in the Huerta rebellion. Escaping from prison and to the United States at the age of 20, with his athletic physique, knowledge of Latin social dance and Indian facial structure he managed to find work in Hollywood in small roles (Oklahoma Cyclone, The Land of Missing Men, Headin’ North, Sunrise Trail, The Western Code). 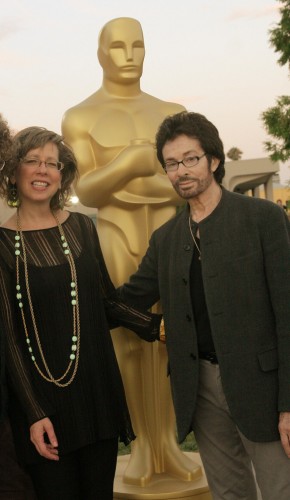 Granted amnesty in 1934, he returned to Mexico, performing at least seven dances roles  in feature and short films (dancing with Amparo Arozamena, whose father Eduardo was a successful film actor and director – with Emilio “using” the connection), acting in larger dramatic roles, eventually directing his first film La Isla de la Pasion in which he also appeared in 1942. In a year, he was Mexico’s foremost filmmaker with his 1943 films Flor Silvestre and Maria Candelario which was awarded the Cannes Film Festival Grand Prize. His 1946 adaptation of John Steinbeck’s The Pearl, starring Pedro Armendariz, was widely shown in the U.S. and won the Venice Film Festival grand prize.

He continued writing and directing over 40 films, as well as shooting a film critic and serving four months of a four-and-a-half-year sentence for manslaughter when he killed a farm laborer during an argument. In the late 1950s, when his directorial career slowed down, he returned to acting, playing important roles in Mexican and American films: The Night of the Iguana (also co-producer), The Apaloosa, Return of the Seven, A Covenant with Death, The War Wagon,  Guns for San Sebastian, The Wild Bunch, Pat Garrett and Billy the Kid, Bring Me the Head of Alfredo Garcia, Lucky Lady and Under the Volcano, as well as guest starring on American TV series such as “Kung Fu” and “Columbo.”

2 thoughts on “Oscar was a dancer”